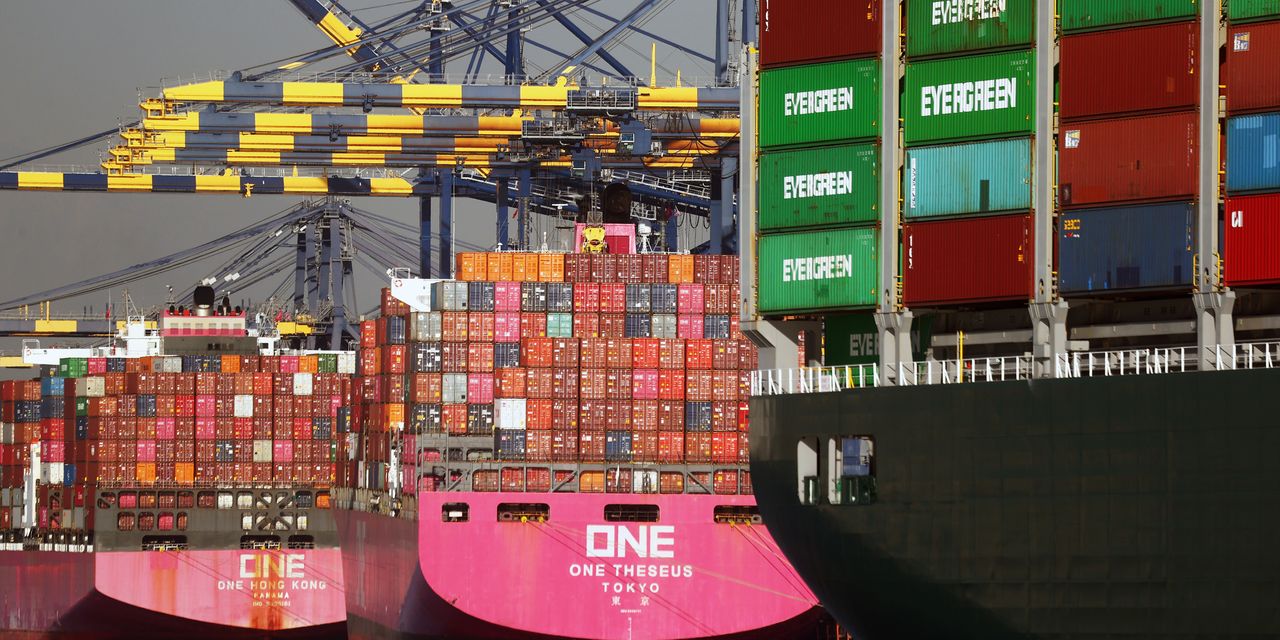 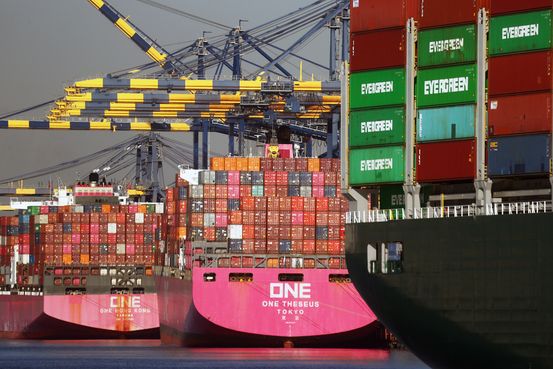 Container imports at the largest U.S. gateway for seaborne goods trade fell sharply in November, even as backups of ships waiting to unload cargo at the Southern California ports have been growing.

The ports of Los Angeles and Long Beach together handled the equivalent of 765,963 loaded inbound containers last month, the lightest traffic since June 2020. The import volume was down 9.6% from a year ago and off 10.1% from October.

the executive director of the Port of Los Angeles, on Wednesday attributed the decline to an influx of smaller ships that have been dispatched by retailers, manufacturers and logistics companies as they scramble to get around bottlenecks and satisfy consumer demand.

Mr. Seroka said smaller ships, which are less efficient for the ports to handle than larger vessels, made up about half the ships that called at the Los Angeles port in November. By comparison, smaller ships made up about one-third of vessel calls in October, he said.

Port officials say that despite the November decline in imports, the neighboring ports remain on track to handle record import volumes for the year, surpassing 10 million boxes, in 20-foot equivalent units, a standard industry measure.

The influx of smaller ships follows a trend this year of ocean carriers pressing smaller vessels into service on lucrative trade lanes from Asia to the U.S. West Coast and of big-box retailers chartering ships, as companies rush to restock inventories in time for the holidays.

The import slowdown has also coincided with a growing backlog of vessels waiting to enter the ports. The backup reached a record 101 container ships on Monday, according to the Marine Exchange of Southern California.

Top news and in-depth analysis on the world of logistics, from supply chain to transport and technology.

Most of those ships are lined up far out to sea after shipping industry officials instituted a new queuing system for the ports in mid-November. The system is designed to move the ships farther from the ports and spread them out to avoid the risk of collisions in rough winter seas.

Congestion at the ports is being caused by numerous issues. Marine terminal executives say they can’t operate efficiently because the docks are overflowing with containers due to shortages of trucking equipment and workers at inland warehouses.

Ports and Biden administration officials have worked for months to reduce the congestion with a range of initiatives, including a threatened fee on ocean carriers for import containers that sit for too long at terminals.

Mr. Seroka said some of the initiatives have worked. The number of import boxes sitting nine days or longer to be picked up from the port has fallen 56% since late October, he said. But other indicators are trending in the wrong way.

“It’s almost like a game of whack-a-mole,” Mr. Seroka said. “We try to get after one issue, and then two or three more pop up.”

Write to Paul Berger at Paul.Berger@wsj.com

Appeared in the December 16, 2021, print edition as ‘Container Imports Fall at California Ports.’