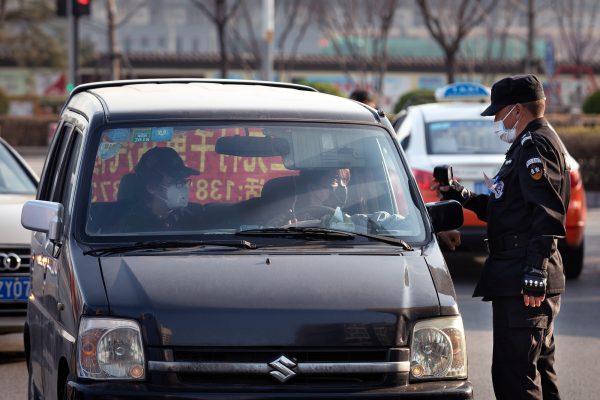 With lockdowns in multiple cities, including Shanghai, travel during the five-day holiday is expected to be down 60 percent.

Only a trickle of visitors strolled the pedestrian-only streets Sunday in central Beijing’s historic Qianmen district, which normally would be bustling with tourists on what was a national holiday and a sunny spring day.

Many Chinese marked a quiet May Day this year as the government’s “zero-COVID” approach restricts travel and enforces lockdowns in multiple cities. Millions remain restricted to their buildings or compounds in Shanghai, China’s largest city, under a lockdown that has only slightly eased.

Under an order announced the previous afternoon, all Beijing restaurants were closed to dine-in customers Sunday and can offer only takeout and delivery through the end of the national holiday on Wednesday. Parks and tourist attractions in the Chinese capital are limited to half capacity. The Universal Studios theme park, which opened last year, said it had shut down temporarily.

In Qianmen, the touristy neighborhood around the street that leads to the imposing gates of the former imperial palace, some people bought food from stalls and ate on outdoor benches. Wang Liying said sales at her noodle and stir-fry restaurant have plunged 98 percent during the holiday compared to last year.

“The remaining 2 percent is very little for us,” she said. “There is not much we can do with the pandemic.”

The virus situation varies across the vast nation of 1.4 billion people, but the Transport Ministry said last week that it expected 100 million trips to be taken from Saturday to Wednesday, which would be down 60 percent from last year. Many of those who are traveling are staying within their province as local governments discourage or restrict cross-border travel to try to keep out new infections.

China is sticking to a strict “zero-COVID” policy even as many other countries are easing restrictions and seeing if they can live with the virus. Much of Shanghai — a finance, manufacturing and shipping hub — remains locked down, disrupting people’s lives and dealing a blow to the economy.

The major outbreak in Shanghai, where the death toll has topped 400, appears to be easing. The city recorded about 7,200 new locally transmitted cases on Saturday, down from a peak of 27,605 on April 13. Outside of Shanghai, only 364 new cases were found in the rest of mainland China.

Beijing, which has tallied 350 cases in the past nine days, is restricting activity to try to prevent a large outbreak and avoid a citywide lockdown similar to Shanghai. Individual buildings and housing complexes with coronavirus cases have been sealed off. Gyms and theaters have been closed for the holiday period. Visitors to many office buildings and tourist sites such as the Great Wall must show proof of a negative COVID-19 test within the previous 48 hours.

Epidemic prevention and control are at the most critical juncture in Beijing, said Pang Xinghuo, deputy head of the city’s disease prevention center. While most of the new cases are among people under quarantine, some have been found in the broader community, Peng said. Beijing is conducting repeated rounds of mass testing to find and isolate any infected people.

Online booking agency Ctrip said last week that people were booking travel to cities that were mostly free of the virus, such as Chengdu in Sichuan province and nearby Chongqing. Other popular destinations included Wuhan, where the world’s first major outbreak of COVID-19 occurred in early 2020. About half the orders on the Ctrip platform were for travel within a province.