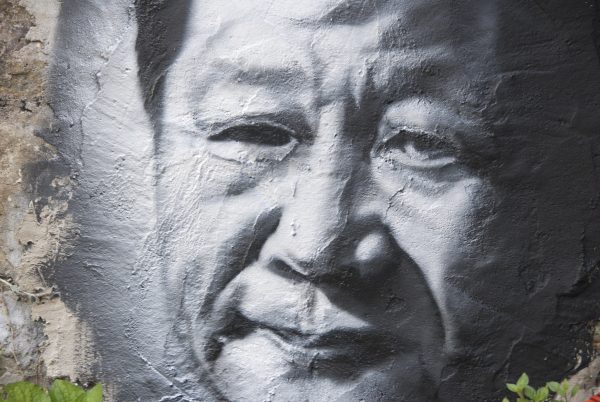 The Diplomat author Mercy Kuo regularly engages subject-matter experts, policy practitioners, and strategic thinkers across the globe for their diverse insights into U.S. Asia policy. This conversation with Trey McArver, partner at Trivium China in Beijing, is the 306th  in “The Trans-Pacific View Insight Series.”

What are the top three priorities for Xi Jinping’s leadership in 2022?

In 2022, Xi and other top leaders will all be focused on the run-up to the 20th Party Congress. First and foremost, Xi will be seeking to ensure that he retains his role as leader of the party. Although this is largely assured, it has not been formally decided yet, so Xi’s first order of business is to make sure that he stays in charge. Second, Xi will be looking to position his allies in positions of power so that he has maximum ability to carry out his agenda in his third term. Xi’s third priority will be ensuring that nothing destabilizing – such as a massive COVID outbreak, severe economic slowdown, or civil unrest – takes place this year. If a crisis were to unfold on Xi’s watch, it could very well undermine Xi’s ability to achieve priorities one and two.

How might Xi Jinping use concentration of domestic political leadership to exercise China’s global influence?

Xi’s actions during his first two terms provide a good guide to what he will do in his third term (and beyond). Xi believes that China should be more assertive on the world stage. His consolidation of power at home has already allowed him to promote a more forceful and proactive foreign policy than his predecessors. Should Xi further consolidate power at the 20th Party Congress, we will see an intensification of this trend in the years to come.

Explain the vulnerabilities of Xi’s efforts to consolidate power and implications for the CCP’s governance structure and effectiveness.

Xi Jinping’s anti-corruption campaign has certainly made him more than a few enemies. But broadly speaking, Xi and his political program appear to have widespread support among the party leadership – as well as the general public. Unless there is a major crisis or other destabilizing event in the coming months, it is hard to see Xi not further consolidating power at the 20th Party Congress.

One of Xi’s obsessions is making the party a more effective governing apparatus. To do this he has focused on clarifying party rules, improving enforcement of those rules, and rationalizing the party-state’s bureaucratic structure. Although still far from perfect, these reforms have served to improve policy coordination and implementation. After the Party Congress, we should expect to see a continued focus on these areas as Xi seeks to build on the gains from his first decade in power.

Four things that could upset Xi’s plans are:

How might Xi use China-U.S. rivalry to bolster the CCP’s domestic agenda?

This is something that Xi is already doing. For the past four years, Xi has consistently emphasized that China is under threat from a United States that wants to thwart China’s rise. He has identified this as a long-term challenge that will require hard work and sacrifice to overcome. He has then framed his own domestic agenda – cleaning up and strengthening the party, changing the economic growth model, and tightening control over information – as the key to overcoming that challenge. By framing these initiatives as part of an existential struggle with the United States, he has been able gain support for them.