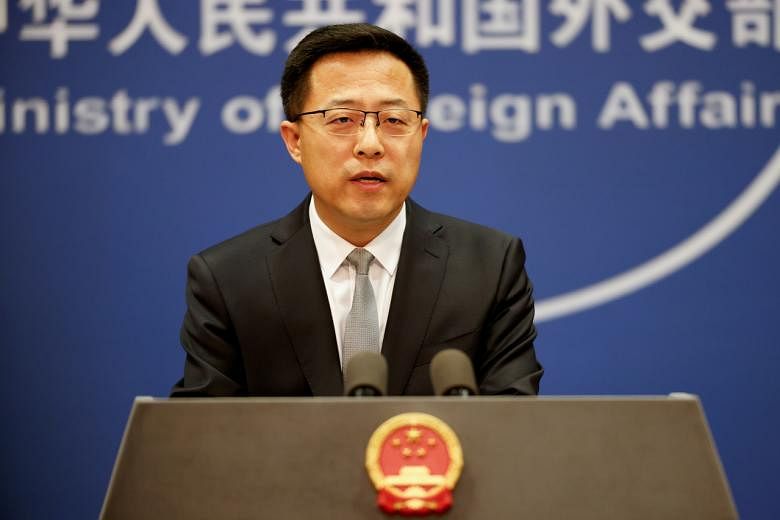 BEIJING (CHINA DAILY/ASIA NEWS NETWORK) – China has warned Japan to earnestly respect and uphold the victorious outcomes of the World Anti-Fascist War and refrain from capitalising on the Ukraine crisis to expand its military strength.

Foreign Ministry spokesman Zhao Lijian made the remarks at a daily news briefing on Thursday (March 17) after Japanese Prime Minister Fumio Kishida on Wednesday urged China to be “responsible” on the Ukraine issue.

Japan has joined the United States and other nations in slapping sanctions on Russia following the launch of Moscow’s “special military operation” in Ukraine.

Mr Kishida also claimed the southern Kuril Islands as “Japanese inherent territory which is unlawfully occupied by Russia”, and he is considering the revision of Japan’s national security strategy to comprehensively strengthen the country’s defence capabilities.

Some Japanese political forces have tried to take advantage of the Ukraine issue to deliberately hype up external threats, in order to expand the country’s military forces, Mr Zhao said.

Reports have said that there are growing calls in Japan for a nuclear-sharing agreement with Washington.

Mr Zhao said that, due to the historical legacy of Japanese aggression, Japan’s movements in the military and security fields are closely watched by its Asian neighbours.

He called on Japan to reflect deeply on and draw lessons from history, and respect the security concerns of its neighbours.

Japan should adhere to the path of peaceful development and take more steps that are conducive to regional peace and stability, he added.

Regarding China’s position on the Ukraine issue, Mr Zhao underlined that it is impartial, objective, constructive and beyond reproach.

China has always been committed to facilitating dialogue for peace, put forward its initiatives to resolve the current crisis, and it has made positive efforts to defuse the situation in Ukraine, he said.

In response to remarks that the Ukraine crisis has put China in an awkward position, Mr Zhao reiterated that China’s position is aboveboard.

Those who should feel really uncomfortable are countries that think they are the winners of the Cold War and pursue hegemony, as well as those that have continuously pushed five rounds of eastward expansion of the North Atlantic Treaty Organisation, in disregard of other countries’ security concerns, said the spokesman.

It is those who stage wars here and there while accusing other countries of being belligerent that should feel really uncomfortable, Mr Zhao added.