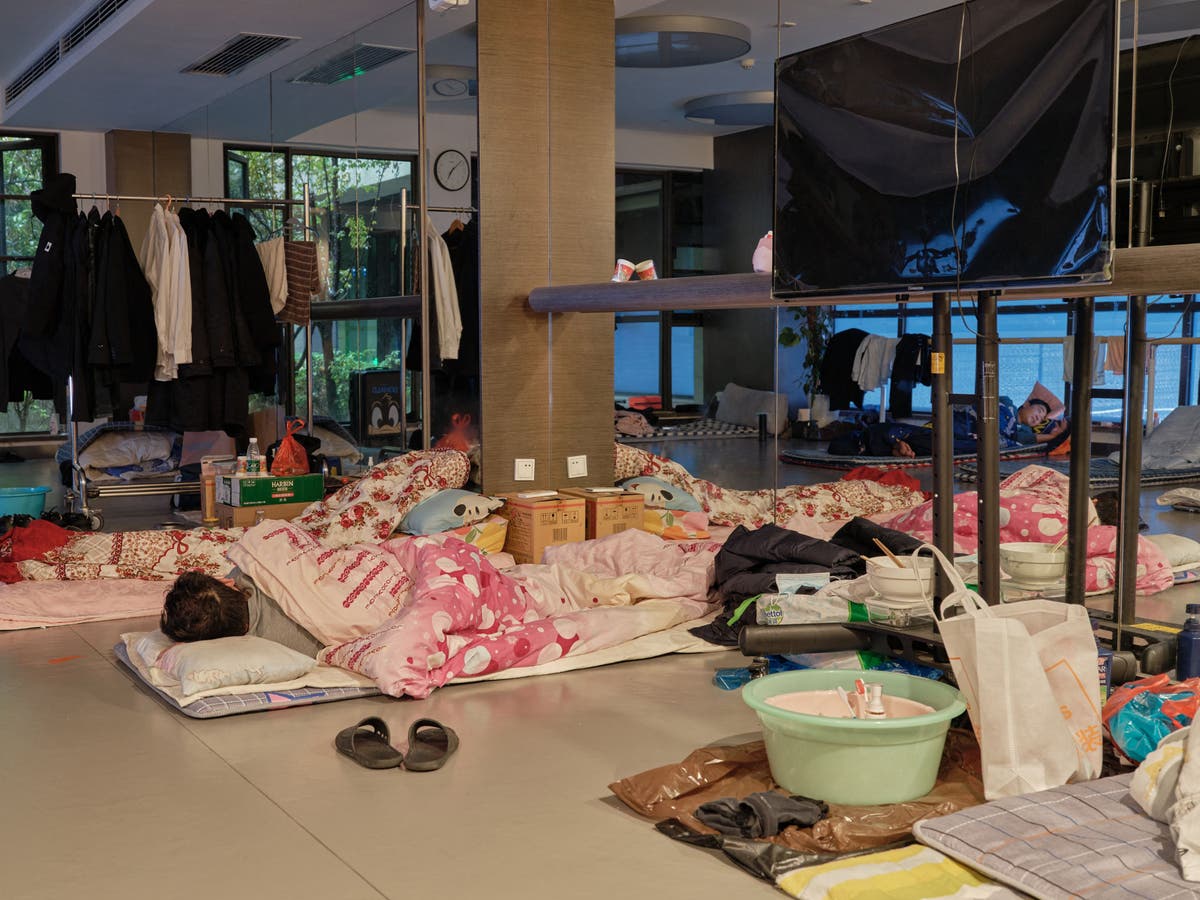 China’s economy showed signs of a slowdown as sweeping Covid lockdowns caused a rise in unemployment and falling retail sales.

Shanghai, which is China’s main financial hub, has been sealed off for weeks under a strict lockdown, following similar measures in the manufacturing city of Shenzhen last month.

New data indicates that the draconian public health controls are beginning to drag on the Chinese economy – which has been the main engine of global growth for two decades.

The economy expanded at an annual rate of 4.8 per cent for the first quarter of this year. While that is considerably faster than many Western economies have managed, it also puts pressure on Chinese premier Xi Xinping.

The Chinese Communist Party has targeted 5.5 per cent growth for 2022 – a figure that appears to be under threat from Beijing’s continued commitment to a zero-Covid policy.

Retail sales fell 3.5 per cent in March compared to the same month a year ago and the International Monetary Fund has warned that a big increase in private-sector debt is likely to slow the economic recovery.

This month’s activity is “set to be even worse”, Julian Evans-Pritchard, of Capital Economics, said in a report. “China’s economic performance is likely to remain lackluster in the near-term.”

Iris Pang of ING said in a report that “further impacts from lockdowns are imminent”.

A slowdown in the world’s second-largest economy would have consequences well beyond China’s borders, particularly for countries and businesses that export goods such as oil and food to the country.

China also faces a reduction in demand from the EU – a key buyer of its exports. Europe has been hit hard by higher oil and gas prices in the wake of Russia’s invasion of Ukraine.

Authorties in Shanghai reported on Monday that three people had died from Covid-19, the first deaths during a new outbreak of the virus.

The three deceased were elderly, had underlying diseases and had not been vaccinated against coronavirus, the city’s health commission inspector said.

“After entering hospital, their conditions grew worse and they died after attempts to save them were unsuccessful,” Wu Ganyu told journalists.

China has recorded 4,641 deaths since Covid was first detected in Wuhan in late 2019.

Around 90 per cent of Chinese residents have been vaccinated but elderly people have been most reluctant to get jabbed.

Just 62 per cent of Shanghai residents over age 60 have been vaccinated, according to the latest data.