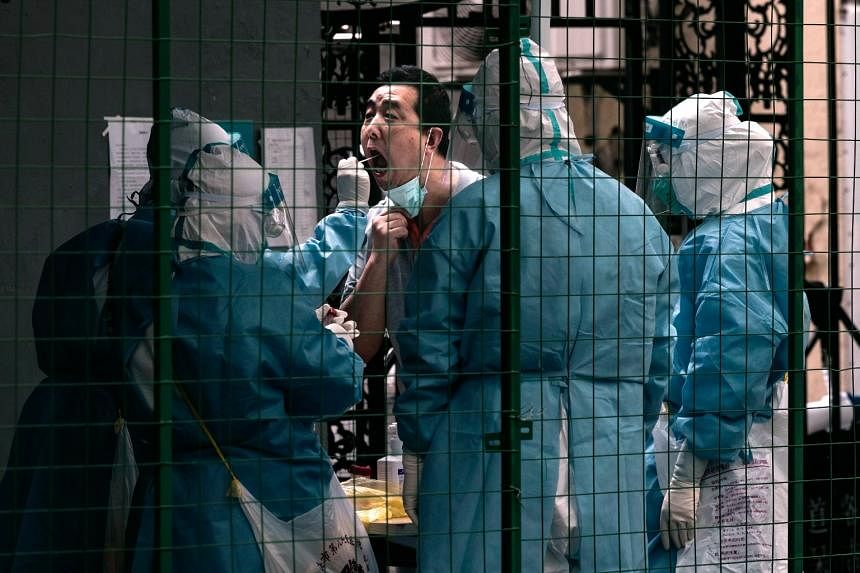 BEIJING (BLOOMBERG) – China reported the fewest daily Covid-19 cases in more than four months on Wednesday (June 22), though the threat of restrictions remains as cities move swiftly to stamp out any flareups.

The southern city of Zhuhai late on Tuesday ordered some entertainment venues including bars to close and banned people who had been in neighbouring Macau in the past 14 days from entering indoor areas.

Anyone entering a public indoor venue must show a negative PCR test taken within 48 hours.

In Shenzhen, home to companies like iPhone maker Hon Hai Precision Industry and Huawei Technologies, isolation orders have been imposed for several residential compounds in the Futian and Luohu districts that border Hong Kong.

The city found no new local cases on Tuesday after recording two on Monday.

The shifting focus of China’s Covid-19 concerns underscores the difficult task of stamping out a pathogen the rest of the world has adjusted to living with.

After damaging outbreaks marred the spring, especially in Shanghai, China is facing pressure to boost economic activity ahead of a party congress later this year where President Xi Jinping is expected to clinch an unprecedented third term as leader.