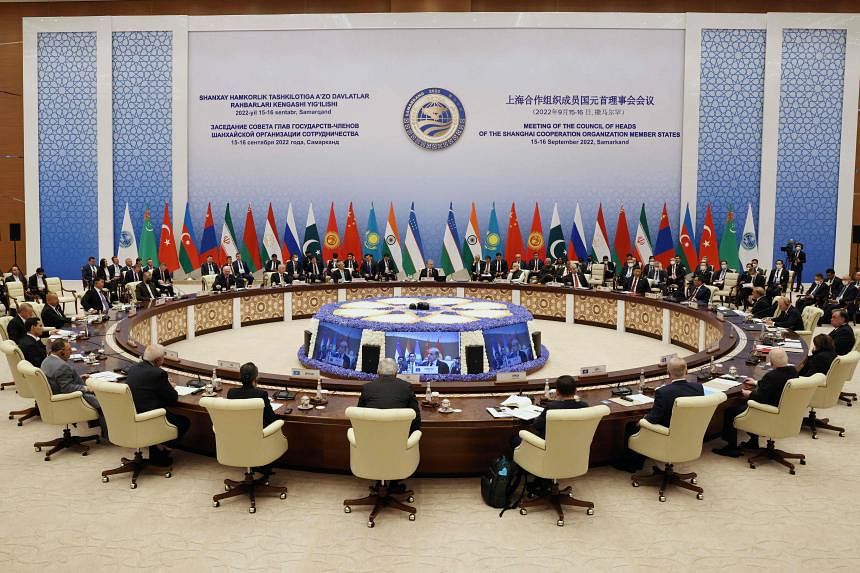 SAMARKAND, Uzbekistan – Leaders of the Shanghai Cooperation Organisation called for a “balance” between reducing carbon emissions and allowing poorer states to catch up with economically developed countries, in a joint statement on climate change adopted on Friday.

In the statement, the heads of some of the world’s biggest emitters – including China, India and Russia – said they unanimously recognised the negative consequences of climate change and the need for urgent action, but called for increased investment in oil and gas production and exploration.

The group also slammed “coercive measures” to force countries into reducing emissions at a set pace, saying countries “have the right to independently set national goals in the field of climate change prevention”.

The SCO – a Beijing-led group of states across Eurasia – was meeting in the ancient Silk Road city of Samarkand in what was Chinese President Xi Jinping’s first trip abroad since the start of the Covid-19 pandemic.

SCO members account for around half the global population.

On Thursday, Iran signed a memorandum of understanding to become the ninth permanent SCO member.

In the statement, SCO leaders said they were calling for a “balanced approach between emissions reduction and development, supporting a fair transition” to a greener economy.

Russia, India and China have at times all been accused in the West of not doing enough to address climate change, but argue that poorer and developing countries should be given more leeway to prioritise economic growth over climate issues.

The bloc also pushed back against calls for a wholesale move away from polluting fossil fuels in favour of cleaner renewable energy.

“It is important… to use the common and complementary advantages of fossil fuels and clean energy sources and, in this regard, to increase investment in the exploration and production of fossil fuels,” SCO members said. REUTERS