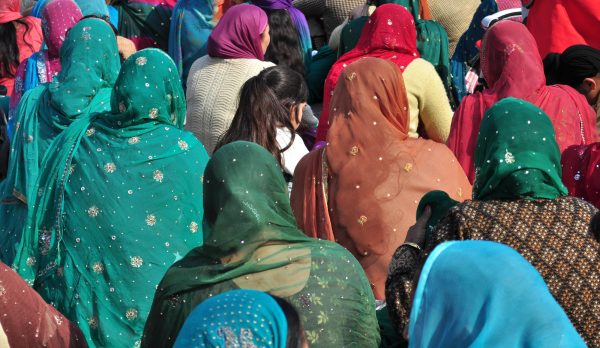 When Kainath Merchant started her podcast “Brown and Bold,” her aim was to foster a virtual space that would address the “traumatic, raw, and uncomfortable” realities of South Asian culture, which often do not receive consistent attention in the digital arena. Given how South Asian families and societies directly and indirectly intimidate women through many of their established sociocultural norms, the journey to self-acceptance and self-love for many girls is not an easy one. Where both women and men are victims to certain traditions, Merchant thinks, women carry a heavier burden of some of the so-called moral responsibilities and feel pressured to conform to certain ideals set for them. The taboo around questioning and openly discussing the many unfair and sexist practices prevents women from standing up for themselves.

Her podcast – which she runs with a fellow South Asian named Sania – sheds light on issues ranging from types of abuse to stigma around feminism in the region, from relationships to mental health and self-growth for South Asian women. “The topics we discuss are ones that most people would never be able to address with their parents because of their sensitive nature, and these topics are also extremely uncomfortable,” says Merchant.

“As a result of being forced to be silent because families cannot talk about such things, people grow up feeling isolated. They feel lonely. But when we can create a space [like this podcast] that addresses these topics, it provides comfort to people and assures them that they are not alone, that we’re all in this journey of self-healing and growth together,” Merchant shares. She adds that the expectation for women to showcase their submission is one of the most unhealthy and frustrating practices she has seen in South Asian culture.

According to Merchant, submission can manifest in the most subtle ways, but also can be very obvious and detrimental. It is very apparent in the culture that women must be silent, regardless of the injustices they are facing, in order to “keep the peace,” especially in their households.

“In reality, there isn’t peace; it’s everyone pretending that everything is fine, while building resentment and anger towards each other internally,” Merchant points out. “When women are made to believe that they aren’t valued, that their opinions and thoughts aren’t valued, and that their sole purpose in life is to serve their husbands and their children – that is an extreme disservice to women and has an incredibly harmful impact on their mental wellbeing,” she adds. To exacerbate  the problem, a heavy emphasis on looks and appearance in South Asian households is also intensely  harmful to women’s self-esteem.

Annika and Nihal from the “That Desi Spark” podcast – formerly known as “The Woke Desi” – say they began their project in 2019, realizing the fact that the podcast space was “very white.” There weren’t many brown, female South Asian speakers back then to talk about the issues faced by women from the Indian subcontinent.

“The podcast space in 2019 hadn’t hit the momentum it’s at now – and for us, as South Asian dual-identity millennials, there was limited availability of South Asian voices that we could listen to, which is why we started our own,” Annika and Nihal say. They added that there are now more podcasts being created by people of color, which is an amazing shift taking place.

Their podcast’s audience is mostly based in the United States, the United Kingdom, and India, but it has listeners in 32 countries overall.

There are several sociocultural practices, however, that they wish to see change that are rooted in patriarchal traditions.

“Infant feticide, for one, and the value placed on boys at birth is a huge place to start. Celebrating the births of girls rather than only valuing boys would allow women, from birth, to feel supported and as though their mere existence isn’t a burden,” the podcast duo says.

“Likewise, domestic violence against women, honor-based violence, child marriage, concepts of dowry, women being objectified, the definition of motherhood and partnerships in South Asian communities, are all areas we hope to see improvement in with our generation.”

Previous studies have explored the impact of sociocultural norms on South Asian women, who are looked upon and expected to be culture-rich, tradition-bound “culture carriers.” Women are morally policed to ensure their adherence to such values.

“Women are affected by national and ethnic processes in several major ways. Some of these are central to the project of fundamentalism, which attempts to impose its unitary religious definition on the grouping and its symbolic order,” Gita Sahgal and Nira Yuval-Davis wrote in 2002, as cited in the study “Religious Fundamentalisms and Their Gendered Impacts in Asia.” “The ‘proper’ behaviour of women is used to signify the difference between those who belong and those who do not; women are also seen as ‘cultural carriers’ of the grouping, who transmit group culture to the future generation…” The sense of honor and dignity have been attached to a South Asian woman’s worth in order to control her and even justify violence against her, the study adds, while moral policing of female sexuality takes center stage in households.

Rupinder Birk, who runs the podcast “South Asian Queens,” finds the aim behind such norms particularly detrimental for women. The culture of enforced silence is disempowering and prevents women from discussing everyday sexist sociocultural practices and issues like violence and harassment.

Birk came up with the idea of starting her podcast at the beginning of the pandemic, when she could clearly see a lot of frustration in the community. She makes a point to emphasize topics such as women’s empowerment, challenging gender norms, healing intergenerational trauma, gaining financial independence, mental health, internalized misogyny and discussing the familial pressures that often disproportionately impact South Asian women.

Birk feels that in many South Asian households outdated traditions, like men being offered to eat a meal first, still prevail. As trivial as it may sound to some, these traditions are deeply problematic.

“At face value it doesn’t seem to be that serious, but the message you give to young South Asian women from this practice is very harmful in the long run. The message is that the needs of men in your life are more important than your own,” she says.

Birk urges the South Asian community to leave such outdated practices in the past and “actively address sexist customs at every opportunity available.”

According to one study conducted in 2020, the variety of psychological, cultural, and political stressors is why South Asian communities report the highest prevalence of common mental disorders globally. South Asian women in particular find themselves simultaneously confronting skin-color bias, sociocultural pressures, and excessive moral policing, which takes a toll on their mental health and self-confidence.

Dr. Vijayeta Sinh, a licensed psychologist and owner of Therapy Couch NYC, says such attitudes negatively impact women’s self-esteem as it reinforces the belief that their decisions and choices don’t matter.

“They are shamed and blamed for the alleged non-conformance of societal values or ideals for behavior. This attitude impacts the overall well-being of young women, making them fearful of their physical and emotional safety,” she says.

Talking about moral policing, Sinh contends it is a very dangerous and damaging construct because it predicates that as a culture or society, people get to dictate the behavior of others or make them conform based on their morals or values. This, according to Sinh, is done by inducing fear, shame, and blame in the other person. It is most commonly women and girls who are made victims to this type of conduct.

Meanwhile, both Merchant and Birk believe that among the many toxic traits found in South Asia, colorism is still prevalent and also greatly stands out, something they also discuss in their podcasts. The pressure on women to look a certain way has been exacerbated through social media and particularly Instagram.

“Colorism most certainly still exists in South Asian communities and although I cannot speak to the experiences of every person, as a first-generation South Asian woman born and raised in Canada, I can tell you that I have experienced colorism my entire life, mostly at the hands of people in my own community,” says Birk. She adds that many South Asian women also message her expressing how unimportant they were made to feel due to the color of their skin.

She hopes to see some more representation of South Asian women and their natural self through apps like TikTok and Instagram, as many South Indian and North Indian influencers are trying to break the barriers created around beauty and challenging the norms.

Merchant is of the view that colorism is definitely still an issue in the community, even if it doesn’t seem obvious at times – particularly to people in the West. According to her, simple things like telling young girls not to play in the sun or stopping them from going to the pool because they will get “too dark” demonstrates that dark skin has a negative connotation. This reinforces the idea that being light skinned is superior in South Asian culture.

“Social media, as much as we’re addicted to it, absolutely makes women feel bad about themselves. Achieving lighter and clearer skin, an hourglass figure, a stunning wardrobe, a successful career (the concept of ‘that girl’) – the pressure is on,” Merchant says. Through their podcast, she and her co-host Sania advocate for self-love and acceptance for all bodies and skin colors.

Annika from the “That Desi Spark” podcast says South Asian cultures are very rich in tradition, history, purpose, and colors; there is much to learn every day and she couldn’t be more in love with her background. But being fond of her culture, she says, also means doing critical examination where necessary.

“There are so many areas that need to be reevaluated from a different perspective. We’re lucky to have started this podcast and had it take off, but we can’t wait to keep learning more and growing with our listeners,” she says.