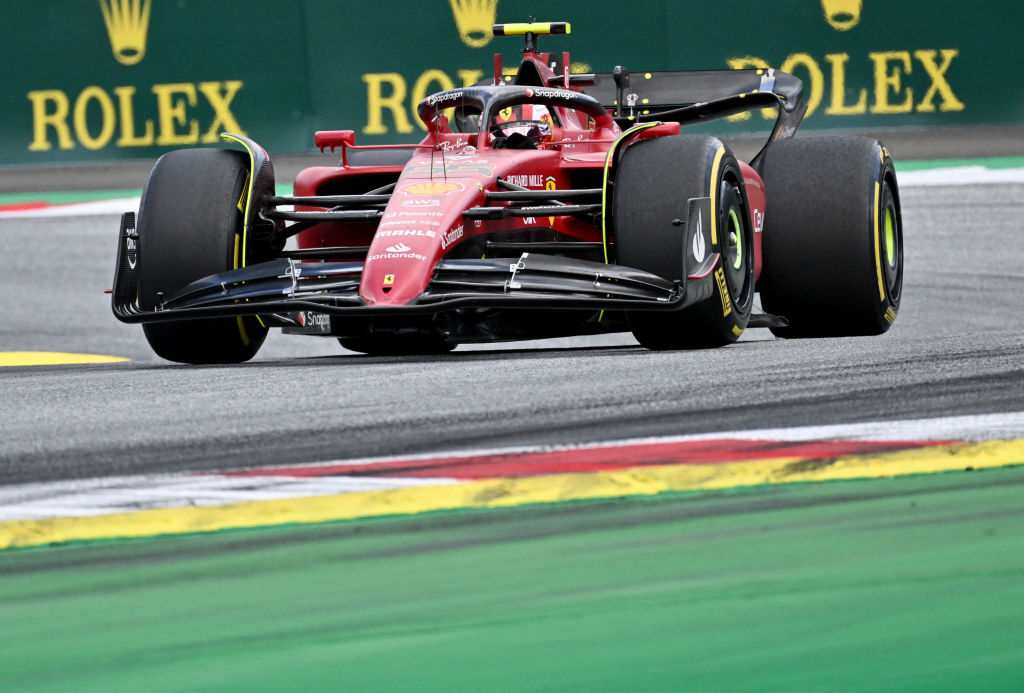 Carlos Sainz Jr’s world championship hopes took a blow as his Ferrari caught fire in Austria, just as he was set to pass Max Verstappen for second place.

What a difference a week makes.

Seven days on from winning his maiden grand prix at Silverstone, Carlos Sainz Jr has experienced the other end of what F1 has to offer.

Set for a second-place finish in the race behind teammate Charles Leclerc, Sainz had to bail out of his Ferrari sharpish after it caught fire during the closing stages.

On the day, Ferrari had a quicker car than Red Bull, as both Leclerc and Sainz overtook Verstappen on track to run one-two.

However, as strategy played out, Verstappen cycled back into the lead, meaning both Ferraris would need to overtake him again to win.

Leclerc did this with ease and went onto win the race, just after problems with his pedals, but just as Sainz was set to take P2, his Ferrari engine detonated.

Carlos Sainz pulled off at Turn 4, in the up-hill runoff area, as flames began to engulf the Ferrari – which began to roll back down the hill.

Marshals tried to secure the car, as Sainz jumped out and was returned to the pits.

It led to a brief virtual safety car period, in which some cars opted to pit for fresh tyres.

Carlos Sainz’s retirement in Austria due to the car catching fire was Ferrari’s third power unit failure of the season, following Leclerc in Spain and Azerbaijan.

How does it leave the standings?

Leclerc has moved onto 170 points and is second in the standings behind leader Verstappen on 208.

Sainz is on 133 and in fourth with Sergio Perez third on 151 following his own DNF.