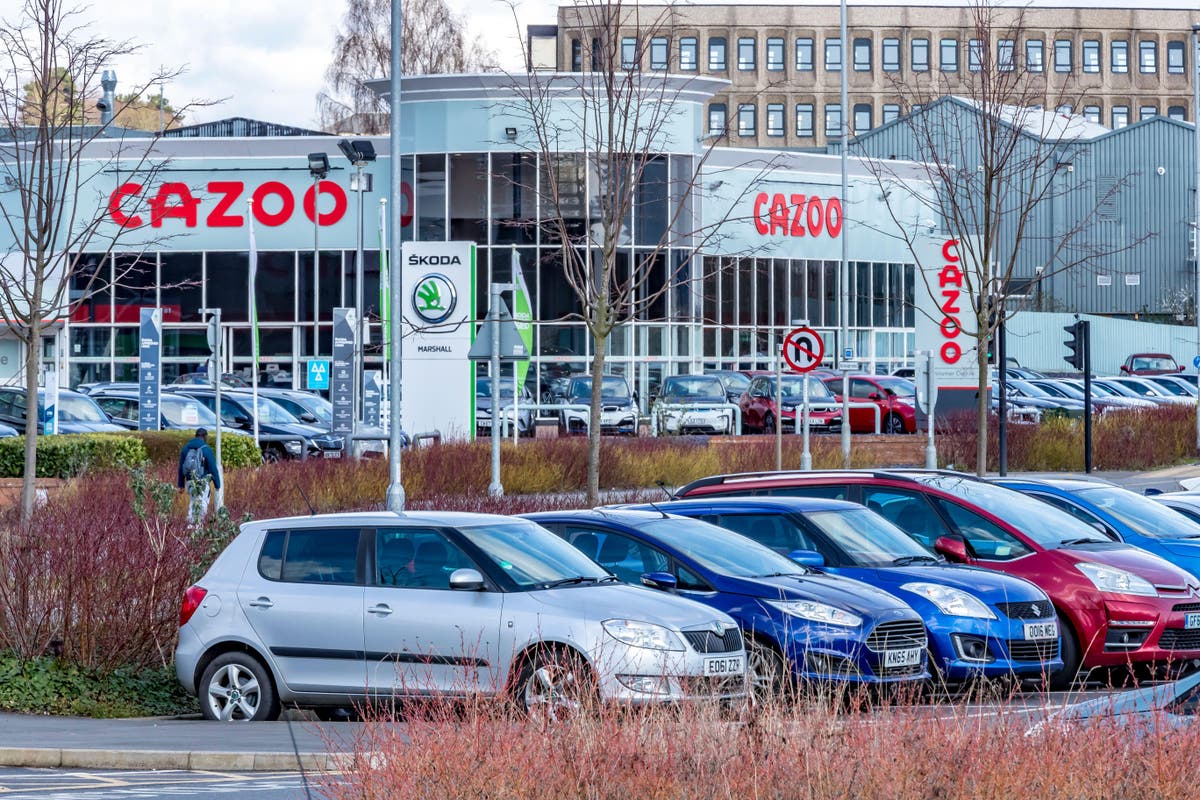 Cazoo has confirmed it will cut 750 jobs in the UK and rest of Europe as part of a plan to slash costs by £200m.

The redundancies will see Cazoo’s workforce cut by 15 per cent as it struggles with disappointing sales and plunging consumer confidence that has seen people cut back on big purchases.

The online used-car dealer has seen has seen its share price plummet 87 per cent since it listed on the New York Stock Exchange at an eye-watering £5bn valuation last year.

Cazoo blamed the “economic climate” for its troubles. The business says it will also cut its marketing spend after splashing out on a huge number of big-budget sports sponsorship deals.

However, while its founders and investors were given a big pay day when Cazoo listed in a so-called “blank-cheque” deal, the company has struggled to turn much of a profit.

Cazoo said it hopes that making hundreds of people jobless will help to boost the bottom line. It is targeting profits of around £600 for each car it sells. That’s some way below traditional car dealerships’ margins of well over £1,000 per car.

Cazoo said: “The company is not immune to the rapid shift in the global economy and the possibility of a recession in the coming months.

“As a result, management’s expectations for the full year are now more cautious, reflecting the weaker and uncertain external environment.”

Cazoo founder and chief executive Alex Chesterman added: “The combination of rising inflation and interest rates with supply chain issues caused by the pandemic and war has driven up the cost of living and hit consumer confidence.

“This perfect storm has placed cash conservation top of mind for the company, ahead of growth.”

The company raised $1bn from investors when it listed its shares for the first time in a so-called special purpose acquisition company (Spac) deal last year.

Spacs have been controversial because they allow companies to raise large sums of money without having to comply with some of the stringent requirements that come with a traditional stock market listing.

Instead of selling shares directly to investors, a company seeking to list will “merge” with a company already listed on a stock exchange. In Cazoo’s case this was an empty shell company called AJAX that had raised money with the help of hedge fund manager Dan Och.

Critics argue that Spacs serve primarily to facilitate speculation and are a symptom of a recent bubble in technology stocks that has seen investors willing to take punts on fast-growing but unprofitable companies.

Cazoo founder Alex Chesterman said: “I am very proud of the incredible team and business we have built so far.

“The opportunity ahead of us remains as exciting as ever and we continue to see record sales levels, despite the challenging economic environment.

“However, we need to be laser-focused with our drive towards profitability and preservation of capital.”