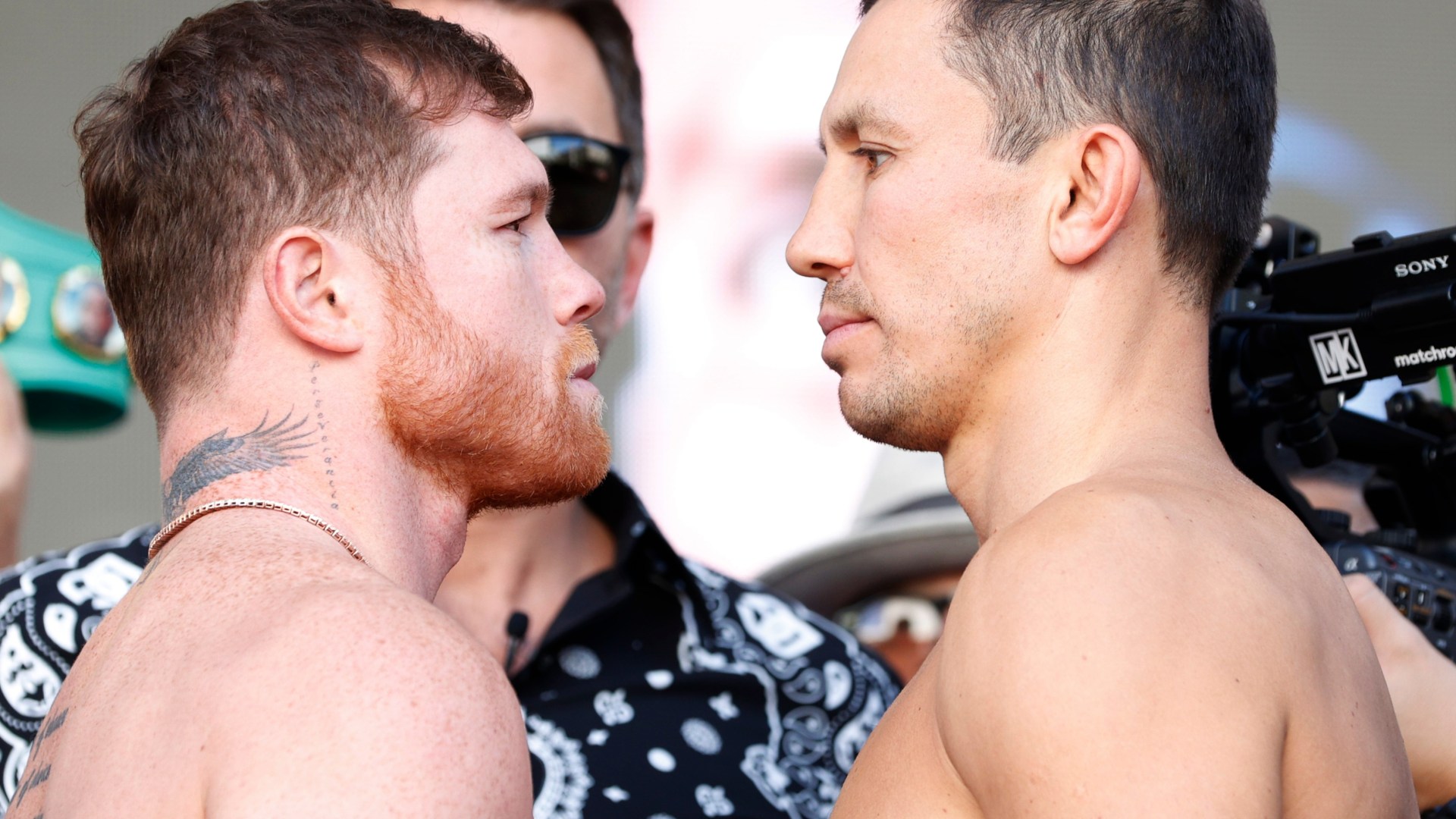 CANELO ALVAREZ and Gennady Golovkin finally do battle in their eagerly-awaited trilogy fight on Saturday night.

And this third bout ends five years of drama between the pair, who will contest the bout up at super-middleweight.

The pair began their rivalry in 2017 when their first fight ended in a contentious split draw, with most spectators believing Golovkin to be the worthy winner.

And they had a rematch, which Alvarez won by majority decision, a year later.

That fight was also a close one, and since then, Alvarez has moved up a weight class and since become undisputed champion at super-middleweight.

Golovkin, meanwhile, has unified the titles at middleweight again, but he’ll finally get a third crack at Alvarez later this year, albeit at 40 years old.

He’ll be buoyed by the fact, however, that his Mexican foe just lost to light-heavyweight Dmitry Bivol, and will have to come back down for a huge fight with ‘GGG’.

When is Canelo vs Golovkin 3?

CANELO VS GGG 3 LATEST ODDS AND SIGN UP OFFERS

What live stream and TV channel is Canelo vs Golovkin 3 on?

What happened at the weigh in?

Moving up to super-middle, GGG came in marginally the heavier man.

The weight limit was 168lbs.

What has been said?

“I feel very happy and proud to be able to give the best fights and this fight won’t be an exception,” said Canelo.

And Golovkin has simply said: “I hope to see you on September 17.”

Promoter Eddie Hearn added: “The Canelo vs GGG trilogy is the biggest fight in boxing and I am delighted to get this made for September 17.

“These are two men that bitterly dislike each other and want to end this incredible series with a blistering KO.

“I truly believe this will be the most thrilling fight between these two great champions and it will be fireworks from the first bell to the last man standing.”