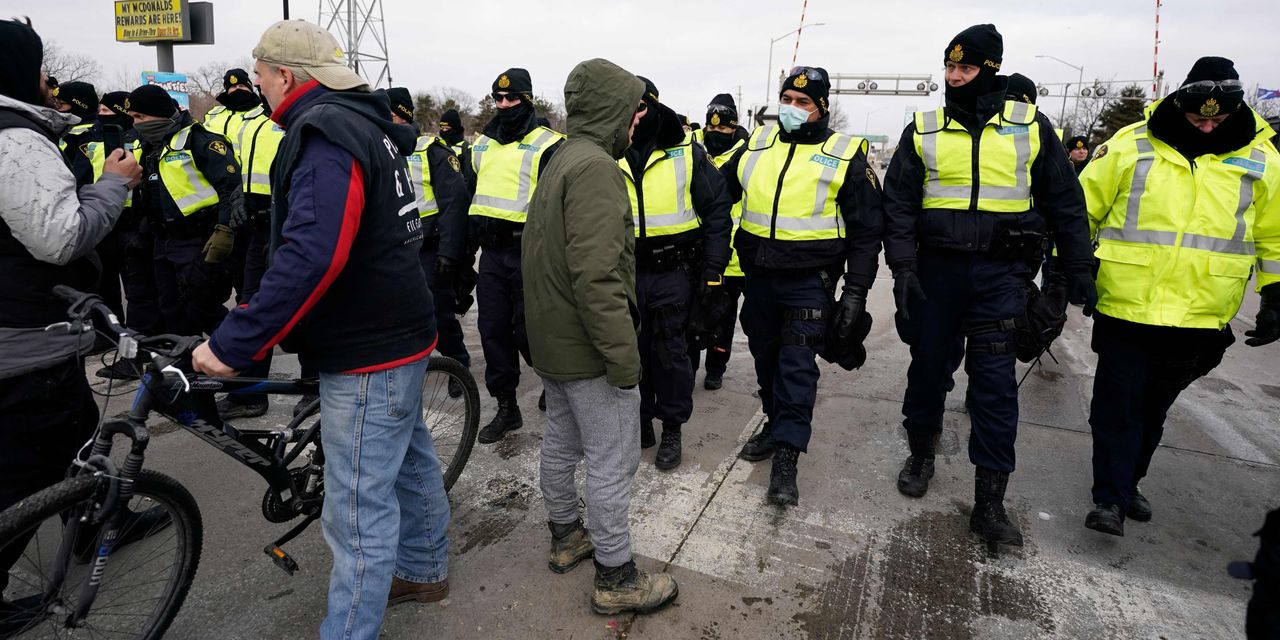 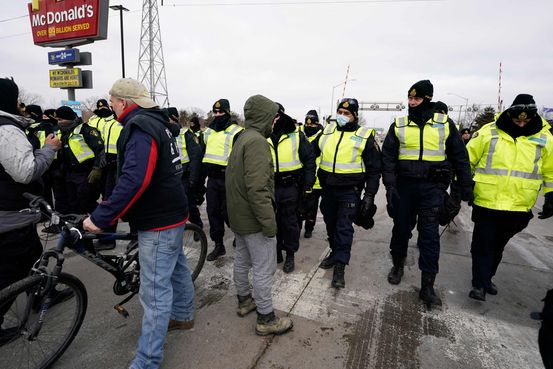 Canadian police officers assembled on Saturday in the border city of Windsor, Ontario, to begin removing protesters and vehicles that have mostly blocked traffic since Monday on the Ambassador Bridge, a crucial U.S.-Canada trade corridor.

“We urge all demonstrators to act lawfully & peacefully,” Windsor Police said on its official Twitter account. The police added that those who remained would be subject to arrest. “People are advised to immediately vacate the area.”