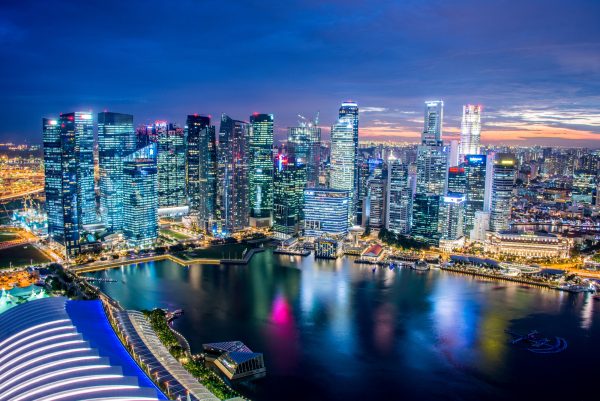 A lot hinges on exactly what is meant by the term “sustainable.”

As reported by the Straits Times, last week United Overseas Bank (UOB) issued $1.5 billion worth of sustainability bonds. According to the report, the bank “will use the proceeds to finance or refinance eligible businesses and projects in areas such as green buildings and renewable energy, as well as eligible social assets,” which include temporary bridging loans made to small businesses during the pandemic. This is reportedly the first sustainability bond issued in Singapore and was oversubscribed, which indicates there is strong investor demand for such instruments.

These bonds are part of an emerging green or sustainable finance movement (the most developed markets are in Europe and the United States), in which the efficiency of capital markets is leveraged to help address climate change and sustainable development challenges. The basic idea is that investors are increasingly interested in financial assets that yield not just a return on capital, but some kind of environmental or social benefit. This is creating demand for financial instruments, like bonds, specifically earmarked for sustainable development.

This sounds great, but it gets a little tricky when we try to pin down exactly what qualifies as sustainable. Investment in renewable energy is generally considered to qualify. But what about irrigation projects, transport infrastructure, food security, or employment schemes? That depends on your definition of sustainability, and a globally or even regionally agreed upon definition does not, as far as I am aware, exist. With sustainable finance being relatively new in Southeast Asia, there are thus a number of green or sustainable bonds being issued which cover a wide range of projects.

The Asian Development Bank (ADB) has been active in pushing the concept and has helped several member countries to either develop frameworks or launch green bonds. This includes a straightforward example in Thailand, where energy company B.Grimm issued 5 billion baht (about $155 million at the time) in green bonds that were used to finance or refinance construction of nearly 100 MW of solar power. The ADB itself subscribed to the bonds, and the projects have been completed and are now generating power, part of Thailand’s relatively successful national push for more renewable energy investment.

Looking at Indonesia the picture gets slightly more complicated. Since 2018, the Ministry of Finance has issued a cumulative total of $3.24 billion worth of sukuk (Islamic) green bonds. According to the most recent allocation report, the proceeds in 2019 and 2020 were used by various government ministries for a variety of purposes including renewable energy but also for railway infrastructure, food security and irrigation projects. Essentially, proceeds from these bonds are being used to finance a variety of public works projects, and are explicitly prohibited from being invested in fossil fuel projects.

That might not be the first thing that comes to mind when you think of green finance, but I think it is a good thing for these kinds of bonds to be issued. Whether they are funding solar power, job retention schemes, or improved railway infrastructure, such projects are good for overall economic well-being and development. And tapping capital markets is a fine way to pay for them. The part which remains a bit muddled is whether introducing the concept of sustainability adds any real value in the absence of carefully specified, universally accepted definitions.

Green or sustainability bonds have been issued in Singapore, Thailand, and Indonesia to fund many different types of projects, all of which you could make the case qualify in some way as sustainable. But markets tend to work best when all participants have access to the same information, and everyone agrees on what that information means. A framework governing green or sustainable bonds throughout ASEAN would help make the market for these financial instruments more transparent, more efficient and ultimately more effective.