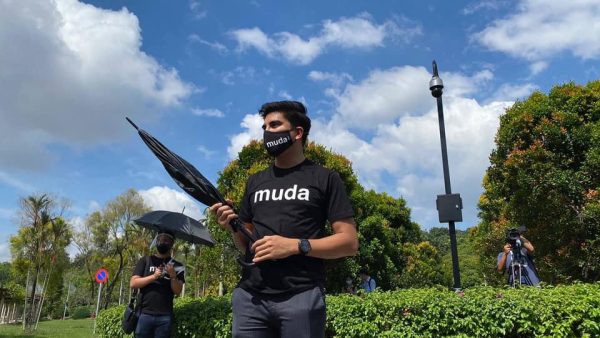 The Kuala Lumpur High Court in Malaysia recently ruled in favor of the Malaysian United Democratic Alliance (MUDA), a youth-centric party helmed by former Youth and Sports Minister Syed Saddiq Syed Abdul Rahman, issuing an order for it to be registered as a political party.

The ruling marks an end to a legal challenge over its formal recognition as a political party after MUDA’s application was rejected twice by the Registrar of Societies with no reasons given.

The High Court verdict comes just as a new voting law came into effect on December 15, lowering the voting age from 21 to 18 years. The legislation also introduces automatic voter registration, allowing eligible citizens to cast their votes as soon as they turn 18.

MUDA president and co-founder Syed Saddiq, in an interview on Agenda Awani yesterday, said the multi-racial youth party is preparing for a “listening tour” across Malaysia to gauge public opinion as part of its “new and moderate” political culture.

MUDA will focus on fundamental issues such as living costs, education, public transport access, and job opportunities, with the aim of turning Malaysia into a developed nation, Syed Saddiq said.

In particular, he spoke about setting a living wage that is “much higher and more dignified” beyond the much-debated 1,200 to 1,300 ringgit minimum rate (about $280 to $300), in addition to closing the income gap and taxing the rich – all driven by data and expert opinions.

While Syed Saddiq’s aspirations are as impressive as the millions of youth that are expected to come on to the electoral roll, both remain speculative, political observers say.

Prof. James Chin, director of the Asia Institute at the University of Tasmania, said while the general notion is that MUDA can capture the youth imagination, it has yet to be proven.

“We don’t even know how the youth are voting because there’s no track record of them voting,” Chin told The Diplomat. A poll conducted by the Merdeka Centre prior to the last general election found that many Malaysian youth feel that their votes do not influence government decisions.

Concerns about COVID-19 and voter apathy from the many power transitions that have taken place since the last federal election have also suppressed voter turnout in more recent polls like the Melaka state election held last month.

“There’s a couple of million young people coming on the electoral roll, especially in the urban seats. If these young people all gravitate towards MUDA, then MUDA will immediately become a major political party. But I don’t think that will be the case; it’s not so easy,” Chin said.

Chin said the youth-based party might go for a political alliance with the Sabah Heritage Party (Warisan) when asked about potential allies for MUDA.

“I don’t think MUDA will go with UMNO (United Malays National Organization) or the older political parties. MUDA may also have problems going with PKR (People’s Justice Party). The only party that MUDA can speak to is probably DAP (Democratic Action Party), but I don’t think there will be any allies.

“If there’s going to be an ally, it will probably be Warisan, and the reason I say that is because Syed Saddiq has on so many occasions said that he is looking for new politics. If he aligns himself with one of the old parties, then people might say that he is a hypocrite, so I’m sure he will try to avoid that label,” Chin said.

On strategy, Chin said MUDA’s game plan should be simple: get the young people out to vote and to support them. “There is nothing new, nothing complicated.”