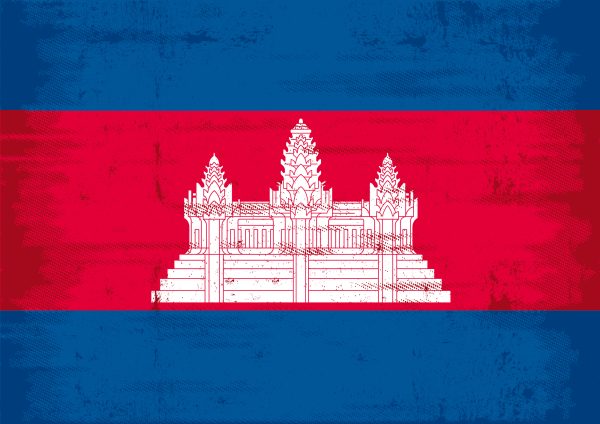 The 37 defendants are accused of “incitement to treason” over an opposition politician’s failed attempt to return to Cambodia from exile in early 2021.

Cambodia’s government yesterday convened its latest mass trial of opposition party activists and former lawmakers, as the country moves into its repressive pre-election season. A total of 37 defendants were summoned to the court in the capital, Phnom Penh, for the hearing, though only three were physically present, with the rest either in exile or in hiding, defense lawyer Sam Sokong said, according to Al Jazeera.

The defendants, most of them leaders of the disbanded Cambodia National Rescue Party (CNRP), have been charged with conspiracy to commit treason and could receive a prison sentence of between five and 10 years if convicted. The allegations stem from an abortive attempt by a top CNRP leader, Mu Sochua, to return to Cambodia from self-exile abroad to face trial in a separate bogus case against her in January 2021. The ruling Cambodian People’s Party (CPP) government has characterized this attempted return, and a similar attempt by exiled leader Sam Rainsy in late 2019, as a plot to topple it from power.

The CNRP, which formed from the merger of two opposition parties in 2012, was forcibly disbanded in 2017, four years after coming close to toppling Prime Minister Hun Sen’s CPP at national elections, forcing most of its leadership into exile abroad. This left the CPP free to run virtually unopposed at the next national election of 2018, in which it unsurprisingly won all 125 seats in the National Assembly.

The mass trial will be the third that the Cambodian government has held over the past three years, in which more than 100 former CNRP politicians and activists have been charged with treason and incitement for a number of outrageously illusory coup plots. All but a handful have been convicted and sentenced to prison.

In March, a Cambodian court convicted 20 opposition politicians and activists and sentenced them to varying prison terms on charges of “incitement,” “inciting military personnel to disobedience,” and “conspiracy.” This was followed by the conviction in June of another 51 opposition politicians and activists, including the Cambodian-American lawyer and long-time Hun Sen critic, Theary Seng, on similarly unsubstantiated charges.

In a statement yesterday, the Clooney Foundation for Justice (CFJ), an advocacy group established by the lawyer Amal Clooney and her actor husband George Clooney, said that the mass trial that convicted Theary Seng in June was “a travesty of justice.”

“Theary Seng was convicted not because of what she did, but because she supported democratic change in Cambodia,” the statement said. “Expressing political views should not have been the basis for criminal charges, let alone a conviction and prison sentence. Cambodia must stop misusing its laws to criminalize dissent.”

The CFJ’s sentiment is obvious yet almost comically out of step with the prevailing practice under Hun Sen. This week’s third mass trial is only likely to end one way, with guilty verdicts and prison sentences for most of the defendants, many of whom have already accrued decades of prison time. The intention of the trial is intended to shatter what remains of the CNRP, and to ensure that its exiled leaders remain barred from Cambodian politics and that any opposition party that participates in next year’s election remains safely contained and subordinate.