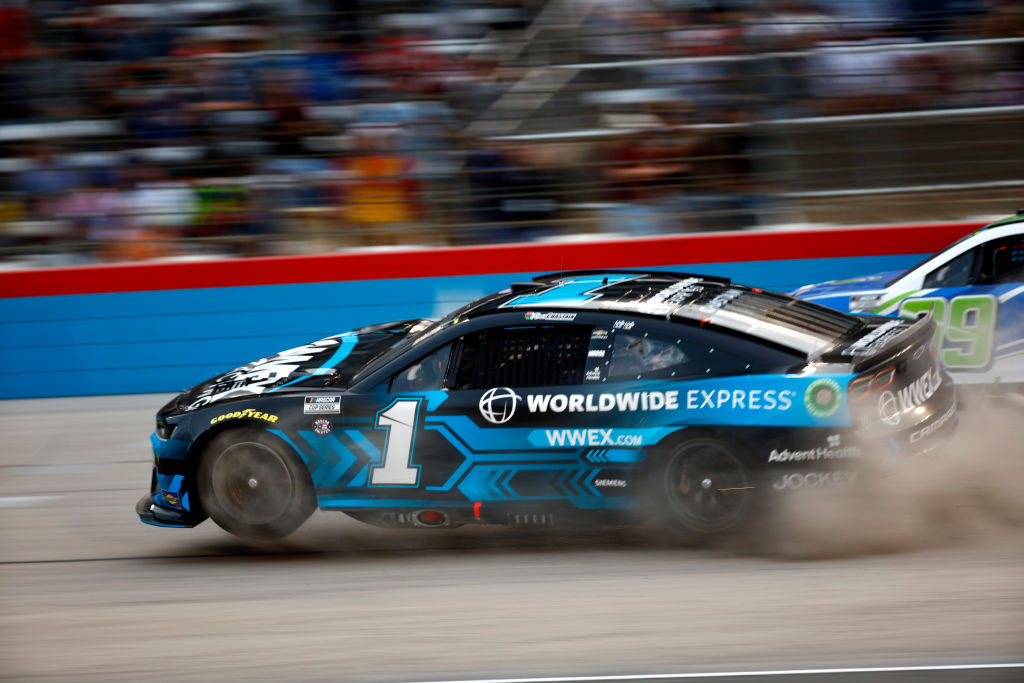 What happened in the NASCAR All Star race wreck as Kyle Busch, Ross Chastain and Chase Elliott all involved in massive accident at Texas?

The first stage of the NASCAR All Star race was dominated by Kyle Busch in his #18 Toyota Camry.

Joe Gibbs racer Busch had earned the pole and was sitting comfortably in P1, after seeing out a stage two restart for Kyle Larson blowing a right front.

However, in the closing laps of stage two of four at Texas, a vicious multiple car wreck happened taking out Busch, Ross Chastain and Chase Elliott.

What happened in the NASCAR All Star race wreck to eliminate all three drivers?

Coming onto the front-stretch, Busch slowed in the #18, reporting a blown tyre on his car.

Busch, who did not change tyres at the stage one break, was able to move across to the inside to allow the pack to thunder past on the racing line.

However, as he moved to the left, Chastain chose the wrong side and clattered into the side of the Gibbs machine.

Fortunately, Chastain landed the right way up, but was severe damage was unable to control his Camaro.

As the pack rounded Turn 1, the unfortunate driver was Elliott in the #9 Hendrick machine.

Chastain tagged Elliott – sending both in the outside wall at high speed.

Once all the cars came to a rest, all three drivers were able to climb out and were taken to the medical centre for a check-up.

The race was red-flagged as NASCAR cleared the mess up from the multi-car wreck on Lap 48 of the All Star race.

The #1 of Chastain, Elliott’s #9 and Busch’s #18 were all recovered back to the pit garage area for the teams to begin the packing up process.

Busch had led all 47 laps before the NASCAR All Star wreck, with Austin Cindric resuming as leader in the #2 Penske.