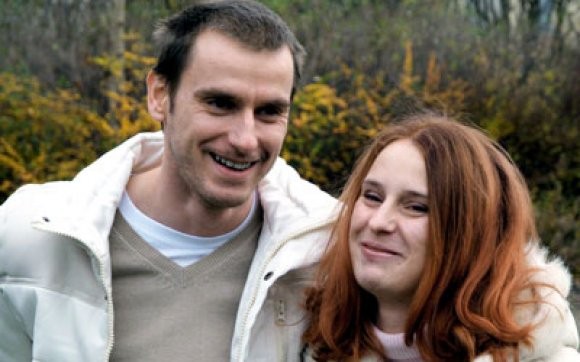 Aman from Germany, who had served a jail sentence for having an incestuous relationship with his sister, continues to call for the abolishment of laws that ban such relationships in the country. Both of them want incest to be made legal. Patrick Stuebing and Susan Karolewski have four children born out of incest, and two of the four children are severely disabled.

Stuebing only met his sister more than 20 years after he moved into a foster home. He was taken away from the family as a young boy after his alcoholic father attacked him with a knife.

He was adopted by another family and he later tried to track down his biological family in his 20s. He managed to finally find them when he was 23 years old while his sister, who is mentally disabled, was still in her teens.

The pair became closer after their mother passed away and shared a consensual sexual relationship for several years. They had even approached the European Court of Human Rights claiming that the two of them had a right to family life, according to a report in BBC.

Speaking to the media at the time, Stuebing said: We just want to lead a normal life. People harass us all the time and call us the incest couple. They have no idea who we really are or how it all happened.”

He had also said that they do not feel guilty about what happened between them and want the laws against incest to be abolished. Patrick Stuebing spent three years in jail after being convicted of incest in 2005.

German courts did not convict his sister because she has a personality disorder and was “only partially liable” for her actions. Susan Karolewski had earlier told reporters that she could not live without her brother and it is believed that the couple are still living together somewhere in eastern Germany.

“We didn’t know each other in childhood, it’s not the same for us. We fell in love as adults and our love is real. There is nothing we could do about it,” she had told The Mail.

In 2014 the German Ethics Council voted in favour of allowing incest relationships, but the law banning incest is still very much in force in Germany. Meanwhile, countries like France, Japan, Turkey and Brazil allow consensual relationships between adult relatives.