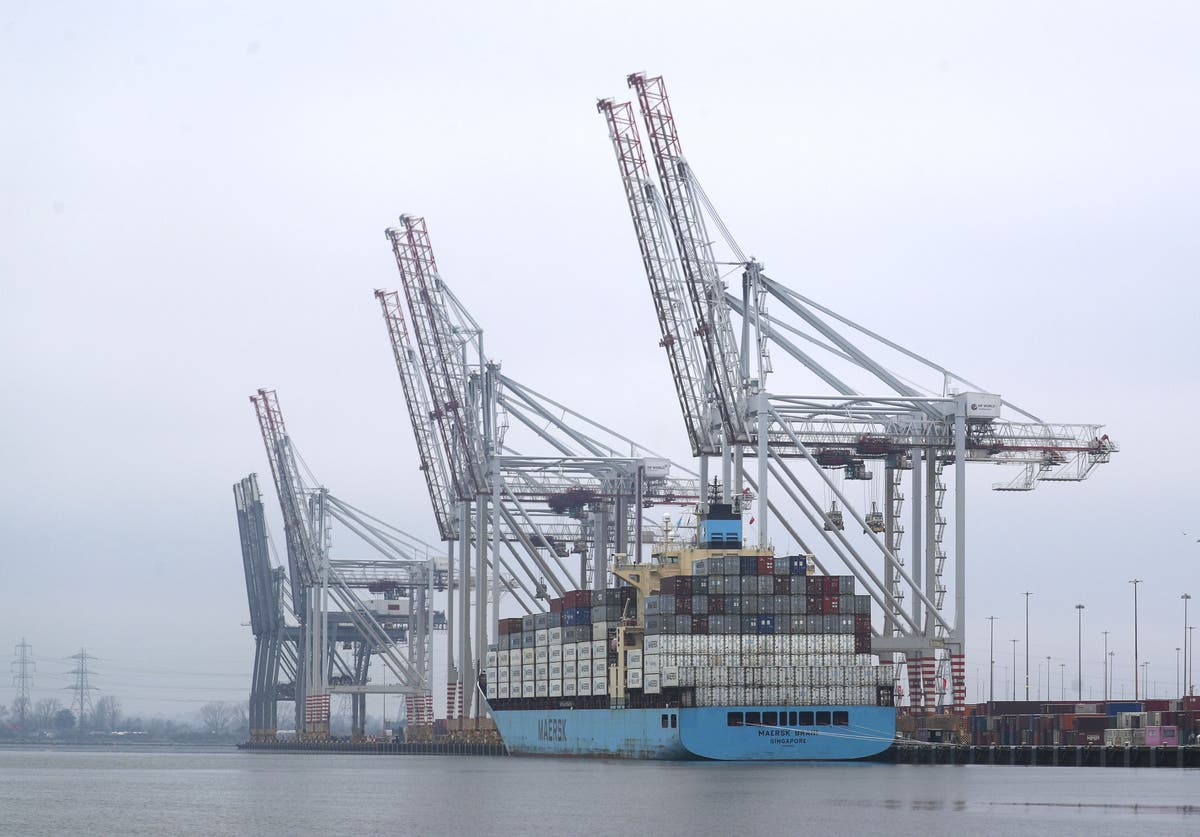 Seven in 10 UK firms say the government’s Brexit trade deal with the EU has been bad for business and held back growth, with a majority reporting it has pushed up costs and increased paperwork.

A majority of the 1,000 companies polled by the British Chambers of Commerce (BCC) also said the deal had put Britain at a competitive disadvantage.

Just one in eight firms think the hard Brexit deal secured by Boris Johnson has had a positive impact on them, the BCC found.

Businesses cited a raft of problems including higher costs, not having the time and money to deal with new bureaucracy and EU customers being put off from buying UK goods and services.

The BCC said its findings “clearly show” there are issues with the EU trade deal that need to be improved.

“The government have been asleep at the wheel and have shown a complete lack of support to help businesses who are seeking help,” he said.

“Business prosperity, job security and livelihoods depend on reliable supply chains. Ministers need to urgently listen to business and give them the support they need.

Evidence is mounting that Brexit has damaged the UK’s trade with its nearest neighbour and largest trading partner. Businesses have reported long delays at ports, disruption to supplies and falling sales.

Official trade figures released last week showed UK exports to the EU plunged by £20bn last year compared with 2018 – the last year in which trade was not severely disrupted by the pandemic or Brexit.

Problems are expected to deepen this year when more checks are due to be phased in at the UK border, including physical assessments of plant and animal imports.

Smaller and medium-sized firms have been particularly badly impacted by new trade barriers, the BCC said.

“Nearly all of the businesses in this research have fewer than 250 employees and these smaller firms are feeling most of the pain of the new burdens in the TCA,” said the BCC’s head of trade policy, William Bain.

“Many of these companies have neither the time, staff or money to deal with the additional paperwork and rising costs involved with EU trade, nor can they afford to set up a new base in Europe or pay for intermediaries to represent them.”

The BCC is urging ministers to make exporting food less complex and remove limitations on business travel and work in the EU.

Labour said the government should negotiate a veterinary agreement and work “pragmatically” with the EU to ensure goods flow easily.

A government spokesperson said: “The Trade and Co-operation Agreement is the world’s biggest zero-tariff, zero-quota free trade deal. It allows businesses in Britain to trade freely with Europe while also being able to seize new trading opportunities with countries around the world.

“We’ve always been clear that being outside the single market and the customs union would mean changes and that businesses would need to adapt to new processes. That is why we are ensuring that businesses get the support they need, including through the free-to-use Export Support Service.

“Goods exports to EU nations were 4 per cent higher last year compared with 2020. However, given the Covid-19 pandemic, global recession and supply chain disruption, it is still too early to draw any firm conclusions on the long-term impacts of our new trading relationship with the EU.”

Dr Philippa Whitford MP, the SNP’s Europe spokesperson, said: “This latest survey highlights once again that the Tory government’s extreme Brexit deal has been nothing short of an unmitigated disaster.

“Brexit has prevented growth in the economy, cost billions of pounds, led to drastic fall in exports, and is now adding to the cost of living crisis.”