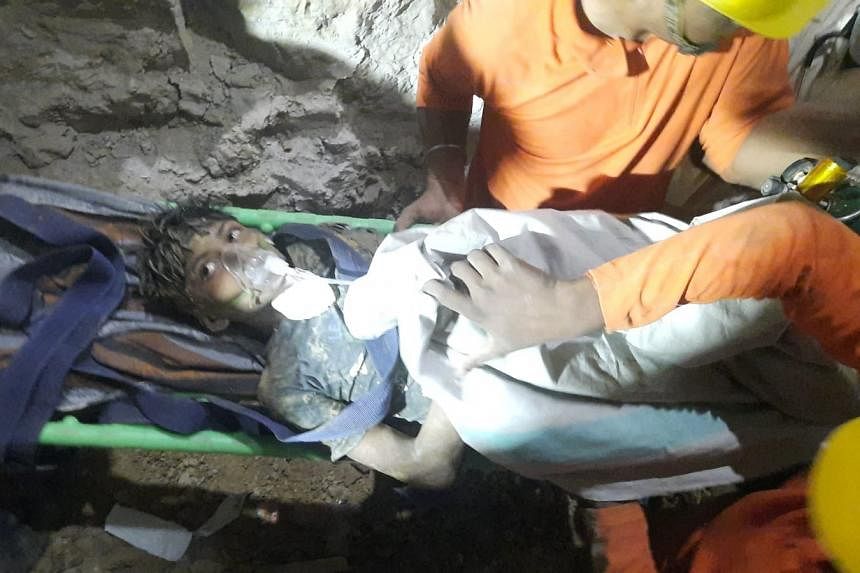 JAIPUR, INDIA (AFP) – Indian emergency workers rescued a 10-year-old boy with hearing and speech impairments late on Tuesday (June 14) from a narrow well where he was trapped for over four days, the state government said.

Rahul Sahu fell down the 24m well on Friday afternoon while playing in the backyard of his house in the central state of Chhattisgarh.

Earth movers and cranes were used to help dig a tunnel next to the well, which is only a couple of feet wide.

Army soldiers and members of India’s disaster response agency helped in the operation.

Sahu “has been rescued safely because of everyone’s prayers and untiring efforts of the rescue team,” state chief minister Bhupesh Baghel said on Twitter.

Jeetendra Shukla, head of the local district administration, told journalists that the boy “was alive but weak” and was “rushed to a super speciality hospital” in the nearby district.

“A snake was seen in the same borewell but the boy has shown exemplary bravery and stayed calm during the operation,” he added.

During the rescue operation a camera was used to monitor the boy’s condition and movements, Janjgir district police chief Vijay Agrawal told AFP by phone from the scene earlier on Tuesday.

“Since the boy cannot speak or listen, we have a bigger challenge,” he added.