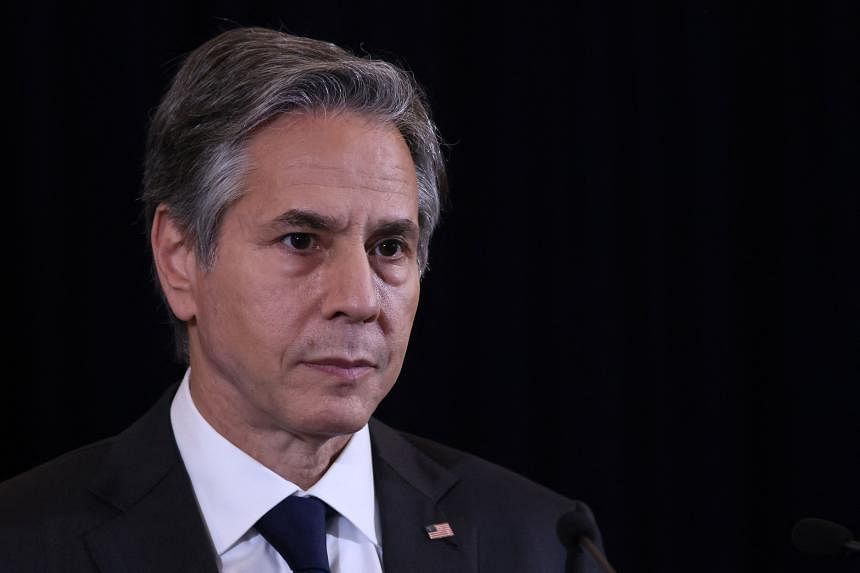 TOKYO (AFP) – US Secretary of State Antony Blinken arrived Monday (July 11) on a previously unscheduled stop to Tokyo to offer condolences in person over the assassination of former prime minister Shinzo Abe.

The top US diplomat landed at the Yokota military base and was due to make a brief journey into the capital to see Prime Minister Fumio Kishida and voice his sorrow.

Abe, Japan’s longest serving prime minister who supported strong defence and political ties with the United States, was fatally shot during a campaign stop Friday in an exceedingly rare gun crime in one of the world’s safest countries.

US President Joe Biden earlier went to the Japanese ambassador’s residence to sign the condolence book.

Blinken decided to stop in Tokyo as he had been on a visit to South-east Asia.

During his stop on Sunday in Thailand, Foreign Minister Don Pramudwinai opened talks with Blinken by offering a moment of silence for Abe.

“I think everyone is still in shock at his assassination, shock at the loss for his family, his friends and the world,” Blinken told his Thai counterpart. “I know it’s so deeply felt throughout the region as well as around the world.”