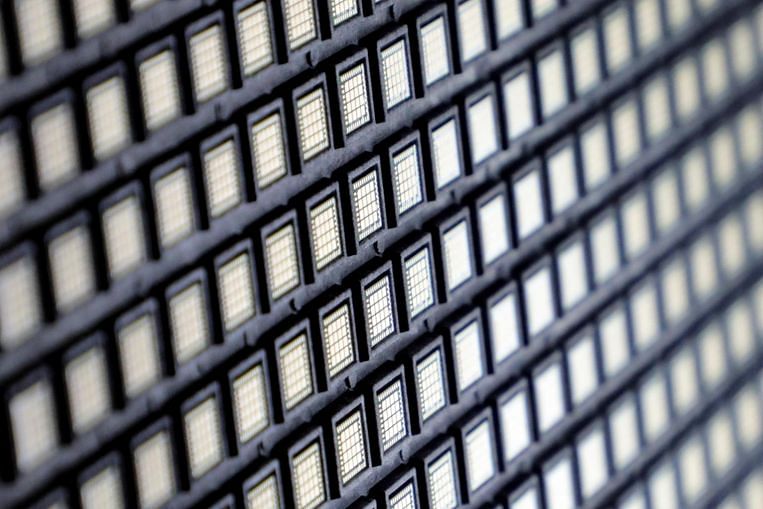 BEIJING (BLOOMBERG) – The Biden administration is considering imposing tougher sanctions on China’s largest chip-maker, according to people familiar with the situation, building on an effort to limit the country’s access to advanced technology.

The National Security Council is set to hold a meeting on Thursday (Dec 16) to discuss the potential changes, said the people, who asked not to be identified because the deliberations are private.

Agencies represented through their deputies will include the Commerce, Defence, State and Energy departments.

The proposal that’s being examined would tighten the rules on exports to Shanghai-based Semiconductor Manufacturing International Corp.

If one proposal is adopted, companies such as Applied Materials Inc, KLA Corp and Lam Research Corp may find their ability to supply gear to SMIC severely limited.

One proposal being considered at the meeting would change that to “capable for use”, which would include machinery that’s also used for making less advanced electronic components.

But the department is working to adopt controls that promote US national security and foreign policy interests while not undercutting US technology leadership, the spokesperson added.

A spokeswoman for the National Security Council declined to comment.

China is “seriously concerned about the relevant reports”, Foreign Ministry spokesman Zhao Lijian said on Wednesday at a regular press briefing in Beijing.

“Certain US politicians have been overstretching the concept of national security, and use science and trade issues as a political tool for ideological purposes,” he added.

SMIC shares slid 6.4 per cent in Hong Kong to the lowest close in nearly a year. The company’s Shanghai-listed stock retreated 1.6 per cent.

Further US action against SMIC would complicate matters for companies in the chip supply chain.

China is the biggest market for semiconductors since it’s home to factories that make a huge chunk of the world’s electronic devices.

Companies from video game-makers to Apple Inc have said they can’t make enough products to meet demand because of the shortage of semiconductors.

The auto industry alone is expected to lose more than US$200 billion (S$273.56 billion) in sales because they can’t get enough chips to build all the vehicles people are willing to buy.

For decades, the Asian nation has largely relied on US chip-making technology, but China is trying to build up its homegrown semiconductor industry.

That would make it an even bigger market for manufacturing equipment.

Even suppliers outside the US face a dilemma. Companies such as Netherlands-based ASML Holding NV will have to weigh the consequences of ignoring the Biden administration’s push and shipping to SMIC and its local peers.

But the federal agencies need to agree on the approach to take, and that might not be easy.

There’s division among agencies, with the Defence Department and National Security Council arguing that the Biden administration should pursue the changes unilaterally.

The Commerce Department, on the other hand, is pushing for coordination with other countries that produce the same technology.

It worries that a unilateral change would give an edge to companies such as Tokyo Electron Ltd in Japan and other rivals from South Korea and Taiwan, whose products could supplant US exports.

US Representative Michael McCaul, a Republican from Texas, has advocated for the SMIC policy change for about a year.

“The update to the SMIC licensing policy has nothing to do with the current chips shortages,” he said in a statement on Tuesday.

It’s about whether the US should be selling the People’s Liberation Army of China “the tools it needs to make advanced semiconductors”.

The White House is seeking cooperation from other nations, particularly in Asia, to align policies, Commerce Secretary Gina Raimondo told Bloomberg reporters and editors during a roundtable in New York last week.

The administration also has been promoting the so-called Chips Act, a US$54 billion programme aimed at spurring semiconductor production.

“If America puts export controls vis-a-vis China on a certain part of our semiconductor equipment – but our allies don’t do the same thing, and China can therefore get that equipment from our ally – that’s not effective,” Ms Raimondo said.

“The devil is deeply in the details,” she added.

Measures shouldn’t be “overly broad” and deprive companies of the revenue they need for research and development, Ms Raimondo said.