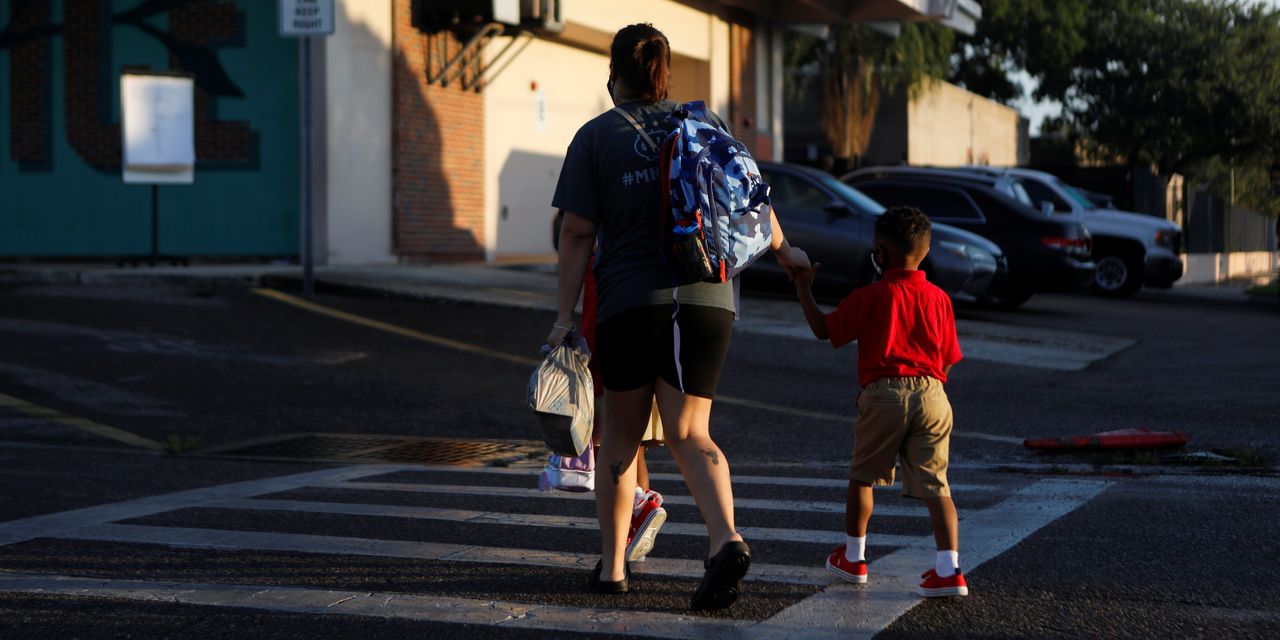 The final monthly payments of the expanded child tax credit authorized under current law hit bank accounts Wednesday. A one-year extension of that break is a central plank of Democrats’ package, and the Internal Revenue Service has told lawmakers that they must extend the program by Dec. 28 to keep January’s payments on track, a deadline that party leaders have aimed to meet.

But Democrats face two major obstacles to meeting that timeline. They are grappling with time-consuming parliamentary challenges to the bill’s measures on drug pricing and immigration, among other issues, and are trying to address Sen. Joe Manchin’s continued skepticism of the bill, including its child tax credit extension. The party needs the West Virginia Democrat’s support to pass the bill in the 50-50 Senate, where all Republicans are opposed.

President Biden has spoken repeatedly this week with Mr. Manchin, who has questioned the overall design of the Democrats’ legislation.

Fully resolving Mr. Manchin’s concerns about his party choosing to fund a variety of programs temporarily—rather than a smaller selection permanently—would necessitate a large-scale overhaul of the bill passed by the House last month. Mr. Manchin said this week he was discussing different iterations of the legislation with Mr. Biden.

Mr. Biden said Wednesday that he was unsure if Democrats could pass the bill this year. “I hope so. It’s going to be close,” he said.

The possible lapse in the child tax credit payments has alarmed many Democrats, who warn that millions of children would fall back into poverty or deeper into poverty if they don’t act. House Speaker

(D., Calif.) said on Wednesday that the possible lapse should motivate Democrats to quickly pass the bill, which Democrats call Build Back Better.

“I think that is really important leverage in a discussion on BBB that the children and their families will suffer without that payment,” she said. On the overall package, she said: “I’m still hopeful that it will pass. I’m not going to have a post mortem on something that hasn’t died.”

Some Democratic senators, worried that Build Back Better is stalled, shifted their attention to voting rights in the hopes of achieving a legislative victory before Christmas. Senate Majority Leader

(D., N.Y.) and Mr. Manchin as well as Sens. Jon Tester (D., Mont.) and Angus King (I., Maine) met to discuss potential changes to Senate rules to allow voting-rights legislation to pass with a majority vote rather than the 60 typically required, according to a person familiar with the meeting. But Wednesday afternoon there didn’t appear to be a clear path forward.

“I would like to see a Build Back Better dealt with as quickly as possible, but if we can’t deal with it right now it’s far more important that we deal with the voting rights issue,” said Sen. Bernie Sanders of Vermont, an independent who caucuses with Democrats. Mr. Sanders, the chairman of the Senate Budget Committee, has been a key player in drafting the Build Back Better package.

With unanimous Republican opposition to the Build Back Better bill, advocates of the child tax credit are trying to sway Mr. Manchin, who has at times called for more restrictive income caps and work requirements. Those efforts, which include pointing out the depth of child poverty in West Virginia and emphasizing that grandparents raising children may not have income, have so far not convinced the Senate’s pivotal voter.

Democrats expanded the credit in March, turning a $2,000 annual tax break for most families into a larger monthly child allowance for almost all families.

The credit is now $3,000 a year and $3,600 for children under age 6. It’s fully refundable, which means families can get the entire credit instead of a partial payment. Starting in July, the IRS began making the payments monthly, creating a steady stream of income for parents.

All those changes expire at the end of this year, and Democrats have struggled to bring Mr. Manchin on board.

“I’ve always been for child tax credits, we voted for it many times,” he said. “I’m not negotiating with any of you.”

Another person familiar with the talks said that Mr. Manchin isn’t telling Mr. Biden what to include in the legislation. Mr. Manchin wants to keep the price of the bill at $1.75 trillion, according to the person, who added that a 10-year extension of the credit would on its own cost roughly $1.4 trillion.

To try to accommodate his concerns about the overall cost of the legislation, Democratic leaders previously abandoned attempts for a multiyear extension of the tax credit. The House-passed bill would extend the credit through 2022 and make permanent the full refundability.

But that approach ran into another of Mr. Manchin’s problems with the legislation—the way it pairs short-term expiring programs with long-term tax increases.

The child credit dispute isn’t the only problem Democrats must overcome to get the legislation through the Senate. They are working through the restrictions imposed by the procedure known as budget reconciliation that they are using to advance the bill on a simple majority vote in the evenly divided Senate.

Before the bill reaches the floor, lawmakers from both parties are to argue in closed-door meetings with the Senate parliamentarian. Republicans can challenge particular provisions as falling outside reconciliation’s parameters, which generally require a fiscal focus. Democratic attempts to address pharmaceutical prices and immigration could fall out of the bill or get limited as a result of this process.

While Democrats hoped to hold the final set of arguments over the parliamentary issues this week, some committees aren’t expected to begin their bipartisan meetings with the parliamentarian until this weekend, according to aides. Lawmakers won’t have a final sense of the legislation until that process completes, and Mr. Manchin has said he is waiting to see the bill’s completed text.

Democrats also haven’t reached an internal agreement over what to do with the state and local tax deduction. The House bill would raise the cap on that tax break to $80,000 from $10,000, starting with tax year 2021. Senate progressives such as Mr. Sanders have been negotiating with lawmakers from high-tax states such as

Even if Democrats extend the child tax credit through 2022, they will be right back in the same position trying to extend it further a year from now.

Mr. Biden has said further extensions would need to be paid for with other measures, but the most obvious approach—raising tax rates on corporations and high-income households—was blocked in the current bill by

(D., Ariz.). Democrats could again face that opposition in any future attempts to raise revenue.

Republicans are unlikely to offer much help. Even some who fought to expand the credit in 2017, such as

(R., Fla.), have criticized the removal of minimum-income requirements.

“I wish we could get one Republican to help us help 2.2 million kids in our state who benefited from it, but we haven’t had any Republican help,” said Sen. Bob Casey (D., Pa.). March’s law “got us to one year. Build Back Better will get us a second year. We’ve got to come up with a vehicle to come up with a third, fourth, whatever.”

(R., La.) said he favored continuing monthly payments to help low-income families with budgeting but opposed the higher amounts. He pointed to concerns about the larger payments potentially keeping people out of the workforce, citing the importance of parents working as an example for children.

“If you take the whole picture, the cost benefit does not favor continuing the program as the Democrats currently constructed it,” he said.

—Natalie Andrews contributed to this article.