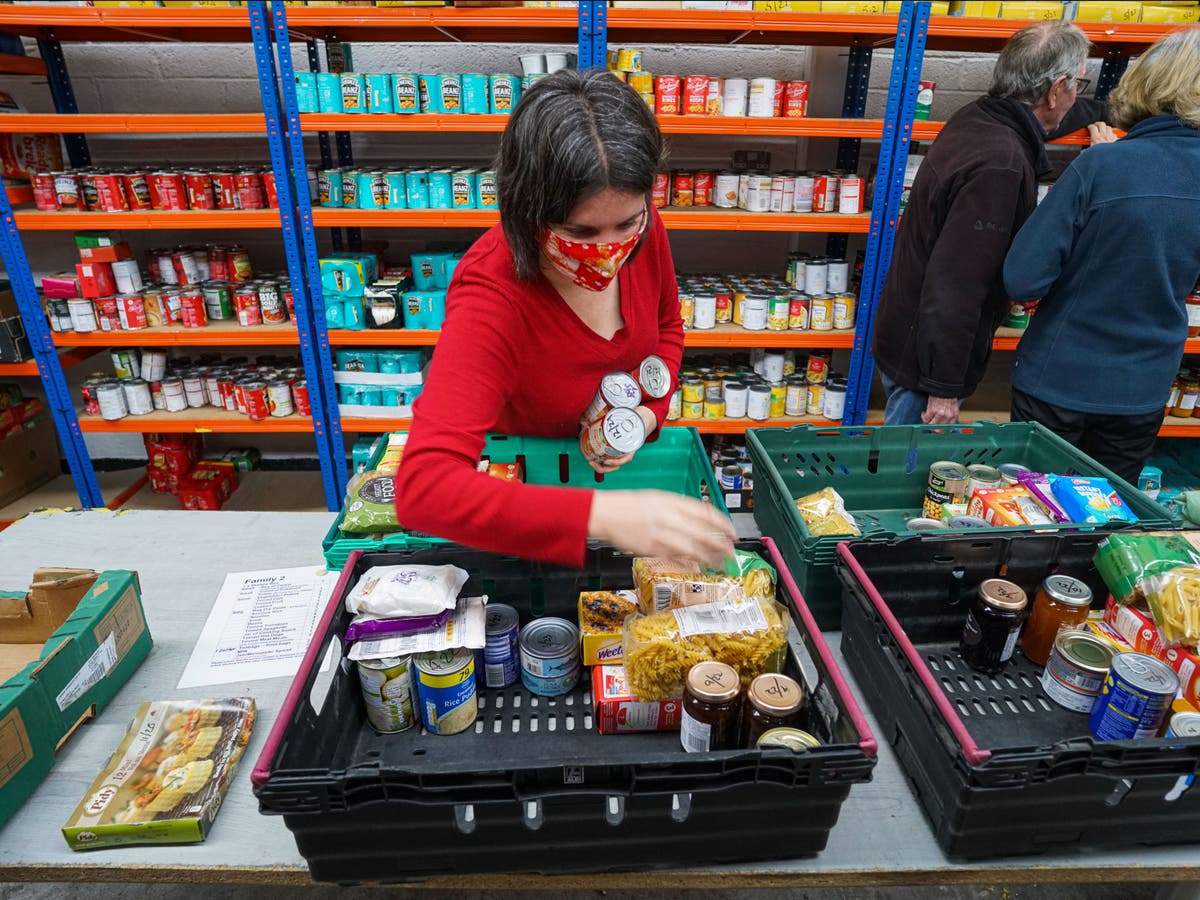 Millions of people face destitution this year as soaring energy and food prices mean that out-of-work benefit payments may no longer enough to cover basic essentials, experts have warned.

The Joseph Rowntree Foundation (JRF) said levels of out-of-work benefits may soon fall below the level required to avoid destitution, meaning recipients would not have enough money to afford necessary goods like heating, clothing and adequate nutrition.

Food bank provider, the Trussell Trust, reported increasing demand for its emergency food parcels this winter and warned it was “inevitable” that more people would be left destitute without urgent action from government.

The IPPR think tank expects millions of people to be unable to afford essentials, and “face impossible choices between heating and eating”, unless ministers increase payments to the lowest-income households.

After years of real-terms cuts, jobseeker’s allowance and the basic level of universal credit and are now just £74.60 per week for a person aged over 25. When inflation is taken into account, the payment is its lowest level for three decades.

Research by the JRF and Heriot Watt University in 2018 found that a single person living alone needed £70 per week to cover absolute essentials.

With inflation now running at an annual rate of 5.4 per cent and expected to hit as high as 7 per cent this year, the minimum income needed to escape destitution is certain to jump – and increases to benefits are not keeping pace.

“If the income level needed to avoid destitution rises above our basic rate of out-of-work benefit for a single adult, we can expect to see a big rise in destitution, which is very worrying,” said Peter Matejic, deputy director of evidence & impact at JRF.

JRF said that this point could soon be reached, with energy bills expected to soar 50 per cent in April before rising again in October. The organisation is calling for immediate, emergency payments of £500 per family for everyone receiving universal credit, the equivalent legacy benefits or pension credit.

“This must go hand in hand with action to permanently strengthen our benefits system, which was woefully inadequate even before living costs began to rise,” Mr Matejic added.

The UK’s poorest families are expected to see a big hit to their incomes as the value of benefit payments falls this year. This April, social security rates are due to rise by 3.1 per cent, well below the increase in living costs that low-income households face.

“Unless the Government acts, more families will not have enough money for basic essentials – with appalling consequences for children in those households.

“In the face of soaring costs, families need help – the priority must be to increase social security by 6 per cent in April.”

The impact of rocketing fuel bills on low-income households would be “scary”, said Garry Lemon, director of policy and research, at Trussell Trust.

“People referred to food banks have often been through a difficult life event like losing a job or family breakdown.

“But the number one driver is the inadequacy of our benefits system which has seen a decade of cuts, caps and freezes. It is failing to lift people out of destitution.

In October, the government withdrew a £20-per-week uplift to universal credit seen as a lifeline to many families. Food bank managers are seeing the impact of the policy “right now”, said Mr Lemon.

“These families are being crushed from different directions. You have the removal of the uplift to universal credit and you have benefits not being up-rated as quickly as inflation is rising.

“The cost of absolute essentials – heating, eating – is rocketing upwards. People caught in the middle of that will suffer the most.”

Even before the pandemic, more than one million people did not have enough income to cover basic essentials, after the number of people in destitution rose sharply between 2017 and 2019 according to research by JRF.

That figure is likely to rise further unless the government acts, said Henry Parkes, senior economist at IPPR.

“Come April, millions of low-income households are going to be particularly hard hit by spiralling energy bills, with the poorest families spending more than 10 pence in every pound on heating their home,” Mr Parkes said.

“At the same time, those in receipt of Universal Credit will see their benefit increase by as little as £2 a week – a fraction of the rising costs they face.”

“Without action, we expect to see millions of people facing destitution – meaning they are forced to go without essentials and face impossible choices between heating and eating.”

Jonathan Ashworth, Labour’s shadow work and pensions secretary, said the increase in the number of children growing up in poverty and destitution under the Tories stands as “a badge of shame” for ministers.

“Struggling families are set to be hit even harder by the Conservatives’ cost of living crisis as heating bills rise, the weekly shop gets more expensive, and universal credit cuts bite,” he said.

Labour is calling for the Warm Homes Discount to be expanded and VAT on energy bills to be temporarily scrapped.

Rishi Sunak is under increasing pressure to announce measures to help soften the blow of the cost-of-living crunch. Tory backbenchers have called for a u-turn on a planned National Insurance hike while energy suppliers and poverty campaigners have demanded intervention to lower gas and electricity bills.

The Department for Work and Pensions has been contacted for comment.