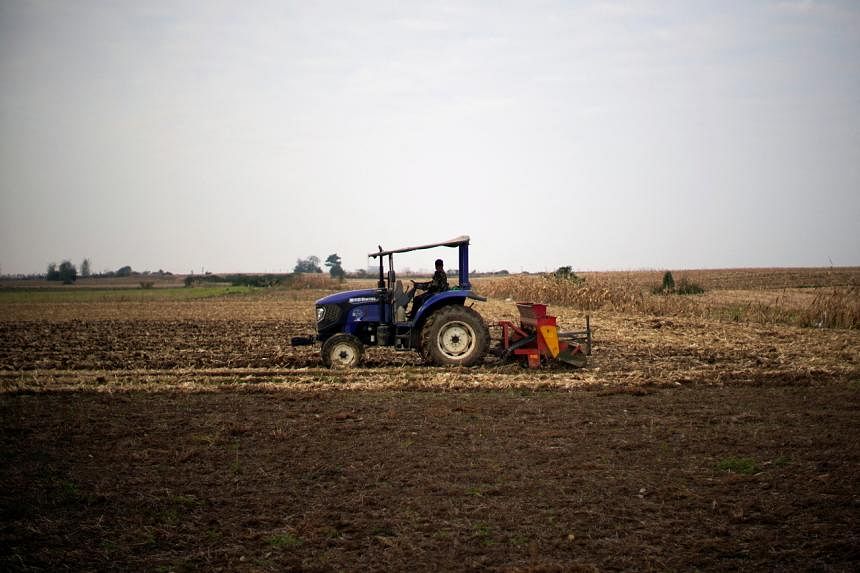 Their mission was to negotiate a deal that would enable the Shaoxing authorities to sell developers the right to build on land that would otherwise be reserved for farmland preservation. The talks opened two days after China’s central government issued rules enabling certain poor, rural regions to transfer building-rights quotas to richer urban areas in a pilot program.

That was the beginning of a years-long experiment by the central government in allowing local authorities to trade land use quotas among themselves in hopes of satisfying demand for urban development while also ensuring preservation of enough arable land to feed China’s 1.4 billion people.

A recent policy document is expected to pave the way for a broader roll-out of the overhaul, reducing the central government’s role and allowing local authorities to directly handle the transactions and manage the funds they raise. The changes mean the program is moving from “state coordination” toward “market oriented” approaches, said Kong Xiangbin, a land science professor at China Agricultural University in Beijing.

Land use in China is strictly controlled by the state as all land is considered publicly owned. The central government set a national bottom line for the total area of farmland that must be maintained to produce adequate food.

Economic growth and accelerating urbanisation have driven up demand for commercial and industrial development in many parts of the country, threatening farmland. Under a policy introduced in 1997 calling for a “dynamic balance” of arable land, regions where farmlands are used for construction must redevelop equivalent amounts of land into cultivated fields or force developers to pay compensation for such redevelopment.

Over the following years, the policy evolved into a mechanism that allows developers to buy land use quotas and pay compensation for the use of farmland. The funds collected are designated for development of new farmland. The quotas can be transferred across regions within a province but can’t be traded across provinces.

Under the central government’s November 2017 pilot program, several deeply poor localities were authorised to trade land use quotas with designated counterparts in developed regions. That’s what took the Bianma officials to the Yuecheng district of Shaoxing.

A month after talks opened, the parties signed an agreement to transfer 7,000 mu (467 hectares or 1,154 acres) of land quotas from Bianma to Yuecheng. The deal enabled the Yuecheng district to develop additional areas and brought Bianma more than 5 billion yuan (S$1.03 billion) in compensation for the land-use quotas. Bianma’s economy generated just 3.8 billion yuan that year. The deal was the first cross-province land quota transfer in China.

The pilot program limited the transfers between several deeply poor localities and most developed regions including Beijing, Zhejiang and Guangdong as part of broader poverty relief efforts.

As of April 11, a total of 198 billion yuan has been paid to less-developed regions through land quota transfers, according to the Ministry of Finance. The western provinces of Yunnan, Xinjiang and Gansu were the top recipients. More than 20 provinces have been involved in the program.

Pressure for a broader scale of land quota transfers has been growing as the imbalance between the country’s land resources and demand for economic development grew more acute. In developed and more populous provinces in the east, land resources have become increasingly scarce, limiting urban development. In the vast western regions, land resources are more ample with less such demand.

According to the Ministry of Land and Resources, nearly half of China’s arable land is in five less-developed provinces – Xinjiang, Heilongjiang, Henan, Yunnan and Gansu. The 11 most-developed regions in the east account for only 15.4 per cent of cultivated land.

There has been growing impetus among developed regions to buy land use quotas from localities with ample land resources. Compensation paid by the buyers can provide revenues to less-developed regions.

In 2018, the government issued two supplemented documents to outline rules for cross-province quota transfers and management of the funds. They specify that quota trading is subject to central government approval and that the funds are to be centrally managed. Quota buyers pay the central government, which distributes the money to the selling regions.

There are also factors hindering local participation, experts said. For instance, some provinces are subject to higher costs for purchasing quotas from other provinces under the pricing mechanism set up in 2018. Some localities are hesitant to engage in cross-province transfers due to the price gap and complicated restrictions on such transactions, said Sun Dechao, a professor at Jilin University in Changchun.

The policy may also encourage developed regions to be more careless in land development as they can easily purchase quotas, said Gu Longyou, a senior adviser to the Ministry of Natural Resources.

A market-oriented trading system could better reflect the value of the land, experts said. The key to future revisions in the policy is to reduce intervention and build up the role of market forces in facilitating nationwide transactions, said Tang Wei, a law professor at Sichuan Agricultural University in Ya’an city.

A long-term policy arrangement allowing land use quotas to trade freely will improve the fairness of such transactions, said Wu Shunchen, an analyst at the China Academy of Social Sciences.

A legal framework should be built to support the healthy development of the land quota trading system, Tang said. Efforts should be made to clarify the legal attribution of land development rights, to build a well-regulated trading platform and set up a supervisory mechanism to put the transaction under proper oversight, Tang said.

This story was originally published by Caixin Global.