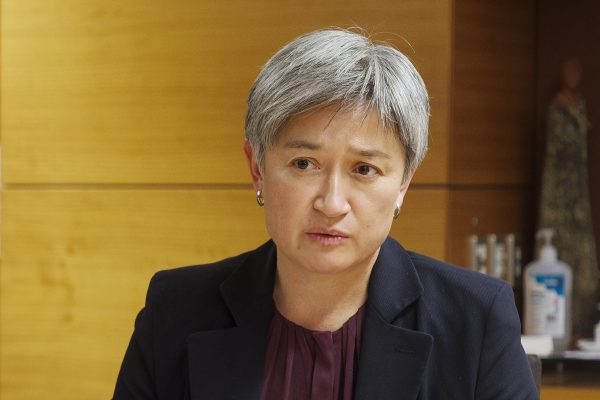 Ever since the land was colonized by Britain in 1788, the people of Australia have always perceived an “Asian threat.” When large numbers of Chinese rushed to Australia during the 19th century gold rush, the concept of the Yellow Peril – the idea that people of color would drive out the Caucasians – swept the colonies. Later, when Japan emerged victorious from the Russo-Japanese War, the newly independent Australia beefed up its own military power in response. For some time after World War II, Australia continued to worry about a return of Japanese militarism, until countries such as Communist China and Indonesia emerged as its main concerns. Australia had a race-based ‘White Australia’ immigration policy until the 1970s.

The U.S.-China rapprochement of 1972 was a major turning point. With the relatively benign regional environment created by the rapprochement, Australia began to see China not as a threat but as an economic, or even strategic, opportunity. Bilateral trade between Australia and China, which in 1973 was AUD158 million, reached more than AUD1 billion in 1984, and the two countries continued to strengthen their political, cultural and, to a limited extent, military exchanges.

The trend continued into the post-Cold War era. The Australian Labor Party (ALP) government of Prime Minister Paul Keating sought security “in Asia,” not “from Asia” and emphasized Asian diplomacy, including constructive engagement with China, and a security pact with Indonesia in 1995. The conservative government of John Howard that followed took the position that “you don’t have to choose between America and China,” and emphasized the Chinese market while maintaining Australia’s close alliance with the U.S. As a result, Australia was able to contain its defense spending and enjoy economic prosperity backed by a healthy demand for resources from China.

This happy era for Australia came to an end with the U.S.-China “power shift,” which gained momentum in the 2010s. Australia’s wariness towards China gradually increased as the latter represented more of a challenge to U.S. regional primacy. China’s cyber-attacks, political interference, and investment in Australia’s critical infrastructure all contributed to growing anxiety among the Australian people. The new reality was manifested in the removal of Huawei from the 5G network the year after Prime Minister Malcolm Turnbull’s speech at the Shangri-La Dialogue in 2017, in which he drew a comparison between China’s behavior in the South China Sea and the Monroe Doctrine.

In this context, the political clash between Australia and China that originated with the outbreak of COVID-19 in 2020 was both a cause of the worsening of relations between Australia and China and a result of it. As part of its push back against many instances of Chinese economic intimidation, Australia chose to introduce nuclear-powered submarines through a new AUKUS framework while continuing to reduce its dependence on China through trade diversification, at least rhetorically. AUKUS is primarily a national defense and advanced technology-related cooperation, but at the same time, it also reconfirmed a “forever partnership” between the U.S., the U.K. and Australia.

Since then, the Chinese threat has been expanding towards areas surrounding Australia in a more visible way. A Chinese vessel directed a laser at an Australian patrol aircraft in the Arafura Sea near Australia in February 2022. And just as the world was focused on Russia’s invasion of Ukraine, the China-Solomon Islands Security Agreement was signed in April. The following month, a Chinese spy ship approached northwest Australia. For Australia, the nightmare of a southward advance by an Asian military power is once again becoming a reality.

The situation was very much part of the election of a new government in Australia. The ALP stressed support for the Quad and AUKUS during the election campaign and showed its commitment to continuing to confront Chinese pressure even after the election. After his election win on May 21, Prime Minister Anthony Albanese completed the fastest transfer of power in Australian history, so that he was able to take part in the Quad Leaders’ Meeting Tokyo 2022 along with new Foreign Minister Penny Wong. At the opening of the meeting, Albanese reiterated that the ALP administration would continue to emphasize the Quad.

At the same time, Albanese also argued that Australia’s security policies were in the country’s national interests – something he had stated many times during the campaign – and highlighted differences between his government and the Liberal-National coalition that preceded it, and which had brought ideology and values to the forefront. For her part, Wong called the China-Solomon Islands Security Agreement the “worst failure of Australian foreign policy in the Pacific since the end of World War II,” and spoke of the need for greater involvement in Pacific Island nations, focusing on environmental policies and more as emphasized by the Labor government. As soon as the foreign minister returned to Australia from Tokyo, she engaged in intense regional diplomacy, flying to Fiji, Samoa and Tonga. She has also put in place comprehensive policies aimed at greater involvement, including an increase in financial support for Southeast Asia.

Greater involvement in Asia by the Albanese government will once again highlight Australia’s unique position between East and West. Stepping up cooperation with the West as symbolized by AUKUS is a necessary condition for confronting the Chinese threat, but it is not sufficient. Chinese influence would only continue to increase and Australia would become increasingly isolated within the region if engagement with Asia was neglected. The expansion of Chinese influence in the South Pacific underscores this reality. With the reemergence of the traditional “Asian threat” narrative in the form of China, Australia once again faces questions about its position in the region.