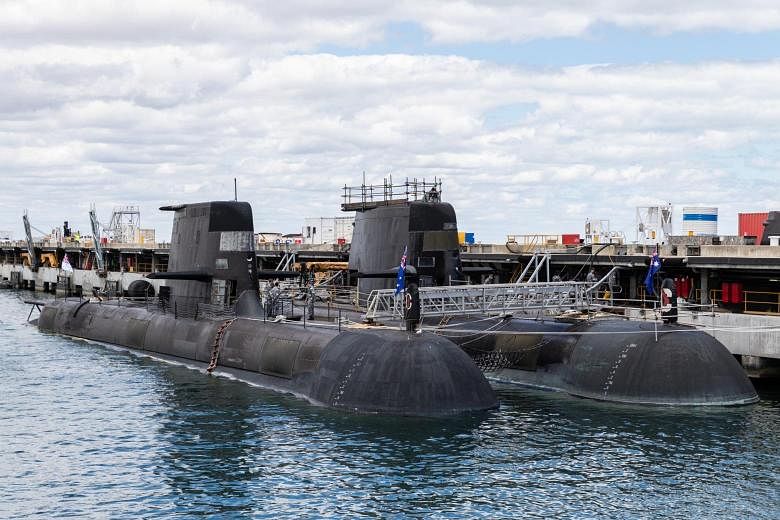 SYDNEY (AFP) – Australia’s bid to acquire nuclear-powered submarines is making “significant progress”, the country said on Thursday (Feb 17) in a joint statement with Britain after a virtual summit between their leaders.

United States and British experts are now in Australia to advise on the project – announced in September under a new Australia-Britain-US defence alliance, Aukus – they said after talks between Prime Minister Scott Morrison and British leader Boris Johnson.

Australia says it plans to arm the submarines with conventional weapons but has yet to decide on the details of the programme, including whether to opt for a fleet based on US or British nuclear-powered attack submarines.

“All three partners have made significant progress in their collective endeavour to provide the Royal Australian Navy with a conventional-armed nuclear-powered submarine capability at the earliest possible date,” Australia and Britain said.

“Leaders further welcomed the presence in Australia of British and US officials to provide expert advice on the many facets of nuclear stewardship needed to operate a nuclear-powered submarine capability,” they said.

Forged at a time of growing Chinese influence in the Pacific region, the Aukus alliance would make Australia the only non-nuclear weapons power with nuclear-powered submarines, capable of travelling long distances without surfacing.

Mr Johnson and Mr Morrison said they were committed to the three-nation defence alliance “as a cornerstone of their shared efforts to promote an open, inclusive and resilient Indo-Pacific”.

The secretly negotiated Aukus deal infuriated France, which discovered at the last moment that its own diesel-electric submarine contract with Australia had been scrapped.

Australia and Britain said they were advancing in joint discussions with the United States on cyber capabilities, artificial intelligence, quantum technologies and unspecified “additional undersea capabilities”.

A study released in December by the influential Australian Strategic Policy Institute said the nuclear-powered submarine programme would cost more than US$80 billion (S$107 billion) and take decades to complete.

It said the vessels would offer a significant advantage in deterring aggression from China or elsewhere.