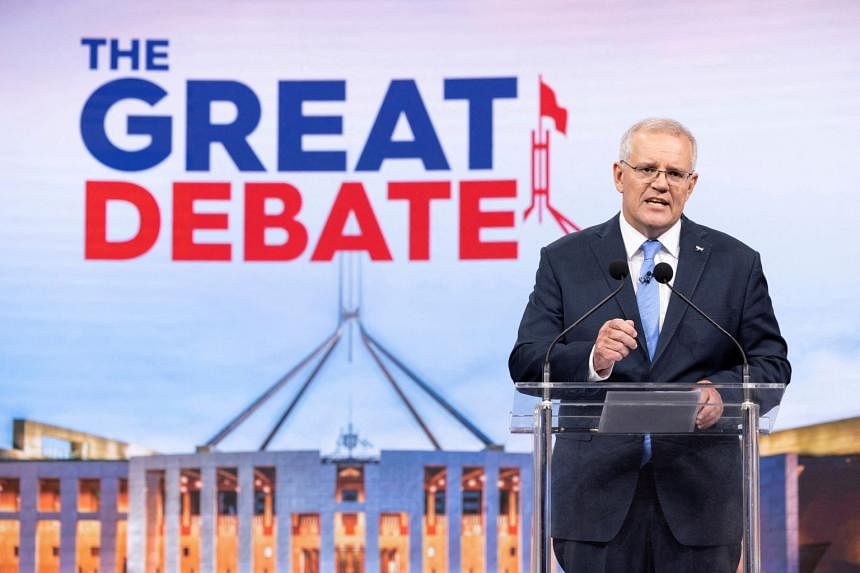 Australians will vote for a government on Saturday, with recent polls showing Morrison’s Liberal-National coalition on track to lose to centre-left Labor.

A win by Labor, led by Anthony Albanese, would end nine years of conservative government in Australia.

Morrison’s Liberal Party will formally launch its campaign in Brisbane on Sunday, with Morrison expected to detail the policy at the event in a last-ditch appeal to voters.

“I want to help more and more young families right across Australia to move into their own home and support their aspiration,” Morrison said in a statement on Sunday.

The policy aims to encourage older Australians to sell the family property, the statement said. It would enable those aged over 55 to sell a home and invest up to A$300,000 (S$290,000) in a superannuation fund outside existing caps.

The policy is an effort to put downward pressure on high house prices in an election campaign that has been dominated by cost-of-living concerns, national security and climate change.

Labor’s Albanese said on Sunday he backed the housing initiative, describing it as a “modest announcement”.

“This suggestion by the government is a practical one and we’ll support it,” he told ABC television.

The announcement comes after Morrison promised on Saturday to be more empathetic if he wins re-election after conceding he could be a “bulldozer” and promising to change.