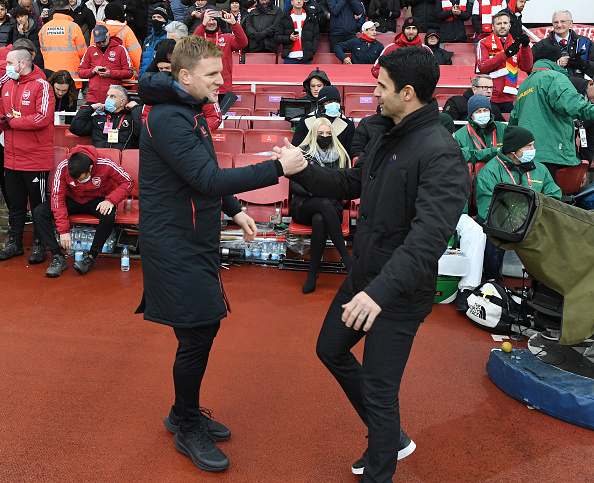 Arsenal are believed to be leading the race for Rafael Leao – but Newcastle United have allegedly joined the race for his signature.

Reports from La Repubblica suggest that that Arsenal are leading the race to lure Leao away from Milan this summer.

Having been likened to Thierry Henry, that’s the kind of signing Arsenal fans would surely get behind.

However, Arsenal won’t be on their own as Calciomercato report that Newcastle United and Manchester City fancy Leao too.

It looks like Milan will be trying to fend off a number of suitors for Leao, who is enjoying a great season over in Italy.

Leao, 22, has hit 10 goals and six assists in 27 games across all competitions this term.

Leao has long been thought of as a hot prospect even going back to his days at Sporting.

Just like many other young wingers though, Leao was struggling for consistency in his game and just needed time to mature.

Primarily playing as a left-sided winger but also capable of playing up top, Leao looks to be a huge talent for the future alongside being a huge threat right now.

Leao has even been compared to Kylian Mbappe, possessing the blistering pace to cause nightmares for defenders.

Much will depend on whether Newcastle manage to stay up, but Leao is the kind of talent that can really change Newcastle’s fortunes.

His versatility in attack would give Eddie Howe an outstanding option to work wide or centrally, ideal around a big man like Chris Wood.

This is what Newcastle will be looking to do this summer; challenge the established ‘elite’ in the race for exciting signings.

Beating Arsenal to Leao won’t be easy, but with the financial backing from PIF, Newcastle will back themselves to pull off a stunning coup.