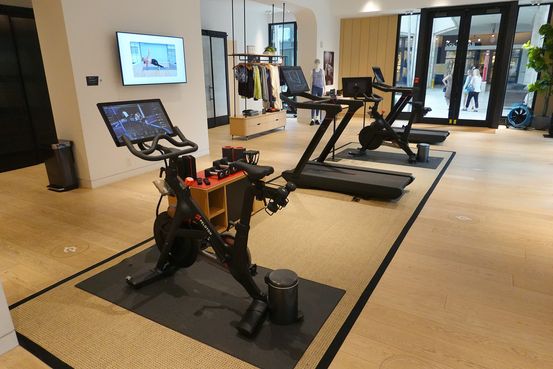 An activist investor wants Peloton Interactive Inc. to fire its chief executive and explore a sale after the stationary-bike maker’s stock plummeted more than 80% from its high, as growth slowed.

and pursue a sale, according to people familiar with the matter. The firm believes Peloton could be an attractive acquisition target for larger technology or fitness-oriented companies, the people said.

Once a pandemic darling as homebound customers ordered its exercise equipment that pairs with virtual classes, Peloton’s stock is trading below its September 2019 initial public offering price of $29 a share.

Peloton’s shares plunged 24% Thursday after a CNBC report that it was temporarily halting production of its products because of decreasing demand. Mr. Foley said in a subsequent letter to employees that Peloton is reviewing the size of its workforce and resetting production levels, as the company adapts to more seasonal demand for its equipment. He also said the report was incomplete.

Mr. Foley also said in a statement that day that the company is “taking significant corrective actions to improve our profitability outlook and optimize our costs” and would share more details with earnings Feb. 8. The company reported preliminary second-quarter revenue of $1.14 billion and said it ended the quarter with 2.77 million subscribers.

Major news in the world of deals and deal-makers.

Earlier last week, Peloton disclosed on its website that it would start charging customers hundreds of dollars in delivery fees and setup charges for its bikes and treadmills. In August, Peloton cut the list price of its original bike by 20%.

Blackwells argues that the company is weaker today than before the pandemic, the people said. The firm places much of the blame on Mr. Foley, who is also chairman, and believes Peloton would be better off as part of a larger company, they said.

While the fund isn’t a household name, Blackwells has run successful activist campaigns before, and analysts have said Peloton could be vulnerable to an investor challenge or takeover, given its recent woes. Blackwells, founded in 2016 by

, a real-estate investment trust that agreed to a roughly $4 billion sale, and at another REIT,

‘s stepping down and a revamp of the business.

Still, it would take significant pressure from other shareholders to prompt change, given that Mr. Foley and other insiders have supervoting Class B shares. Those shares gave them control over 80% of Peloton’s voting power as of Sept. 30, according to a company proxy filing.

Blackwells is critical of Mr. Foley for a laundry list of actions, including what it says are inconsistent pricing and manufacturing strategies, the people said.

Mr. Foley, a former Barnes & Noble Inc. executive, and others co-founded the company in 2012 and began selling bikes in 2014.

Peloton has also been unfavorably featured recently in television shows, including in the Season 6 premiere of Showtime’s hedge-fund drama “Billions” released Friday. In that show and HBO’s Sex and the City reboot “And Just Like That…” main characters had heart attacks during or after Peloton workouts.

Peloton said in a statement posted on Twitter that it didn’t agree for the brand to be used on “Billions.”

Write to Cara Lombardo at cara.lombardo@wsj.com