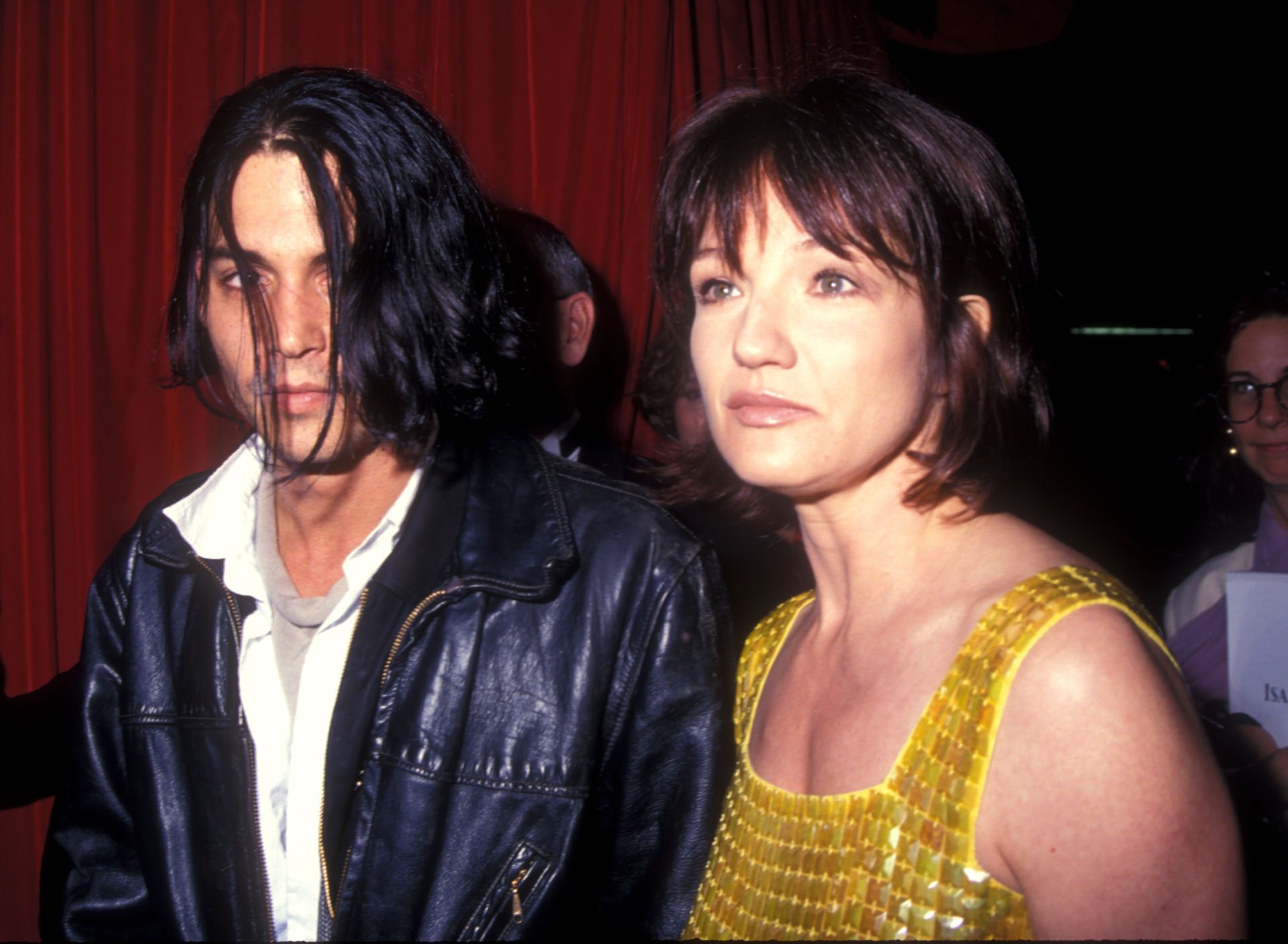 On Thursday, May 19, Johnny Depp’s ex Ellen Barkin’s testimony from November 2019 was played in court during the ongoing defamation case between the actor and Amber Heard in Fairfax, Virginia.

Ellen detailed her relationship with her Fear and Loathing in Las Vegas co-star in the 1990s.

After seeing Ellen’s testimony, fans are intrigued to learn more about her and Johnny, and what happened between the former lovers.

Here’s a look at a young Ellen and Johnny before we discuss their relationship.

Young Ellen Barkin and Johnny Depp in the 1990s

Ellen said during her testimony that she and Johnny met in 1990. The 68-year-old actress was 36 at the time, while the Pirates of the Caribbean star was 27.

The former couple shared an age gap of nine years, but for them, age was just a number.

Johnny and Ellen’s appearances have changed significantly over the years.

In pictures (see above) from the ’90s with Johnny, Ellen can be seen sporting a short brunette hairdo, while the Pirates of the Caribbean actor carried long hair as he does now.

There is also a picture of them from the 66th Annual Academy Awards which took place in 1994 (see below). This was around the time when Ellen said she and Johnny’s friendship evolved into something more.

Johnny and Ellen have only been pictured together a handful of times.

A look at their relationship

Ellen testified that her relationship with Johnny was “purely platonic” in the first few years after they met in 1990.

It was in 1994 that it became more than friendship, after she moved to Hollywood. “He (Johnny Depp) switched the buttons,” she said, before revealing that their relationship was ‘sexual,’ not ‘romantic’.

Ellen claimed that their relationship lasted for several months and they would go to each other’s house three or four times a week.

Johnny dated Kate Moss and Vanessa Paradis after his breakup with Ellen. He got into a relationship with Amber Heard in 2012.

Where to watch Fear and Loathing in Las Vegas

Fear and Loathing in Las Vegas is currently available to stream on Netflix.

Directed by Terry Gilliam, the film was released in 1998. Johnny and Benicio del Toro are seen in lead roles as Raoul Duke and Dr Gonzo respectively.

Ellen plays the role of a waitress at North Start Cafe.

Johnny Depp is suing Amber Heard for defamation because of an op-ed she published in the Washington Post in 2018. Heard is countersuing Depp. The trial is set to continue.

In other news, What degree did Taylor Swift get? Star ‘graduates’ from NYU with doctorate