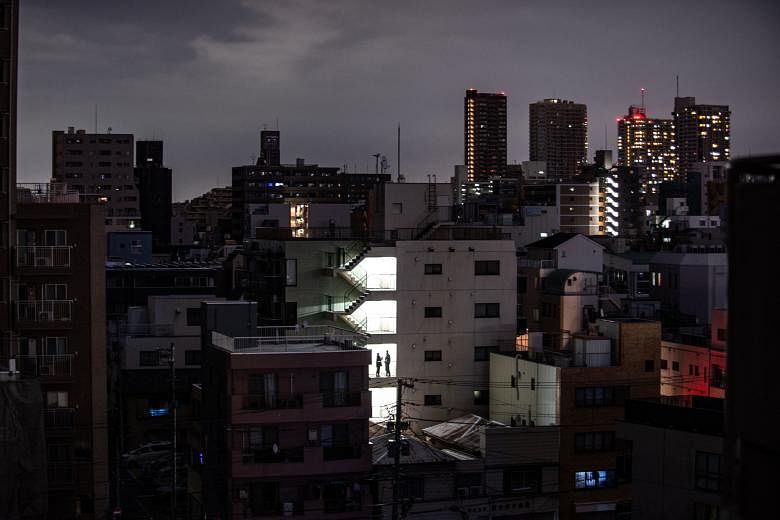 TOKYO – A powerful earthquake hit off Fukushima in north-east Japan on Wednesday night (March 16), shaking buildings more than 200km away in Tokyo and knocking out power in millions of homes.

The magnitude 7.3 quake, which measured six-upper on Japan’s seven-point seismic intensity scale, struck at 11.36pm (10.36pm in Singapore) off a region that was devastated in the March 11, 2011 earthquake, tsunami and nuclear disaster.

The quake’s epicentre was off the coast of the Fukushima region, at a depth of 60km.

Tsunami alerts were sounded for parts of the north-east coast, for waves of up to one metre.

Sirens sounded in Tokyo and neighbouring Chiba, Kanagawa and Saitama due to the quake, with 2.1 million households plunged into total darkness, including 700,000 homes in Tokyo, utilities company Tokyo Electric Power Co (Tepco) said.

Another 1.48 million homes were without power in north-east Japan, reports said.

Train services were immediately halted and highways shut after the quake to assess any damage, while both Haneda and Narita Airports shut their runways.

Prime Minister Fumio Kishida, whose government has set up a disaster emergency centre, told reporters just after midnight that he was still gathering information on the quake, including the extent of damage.