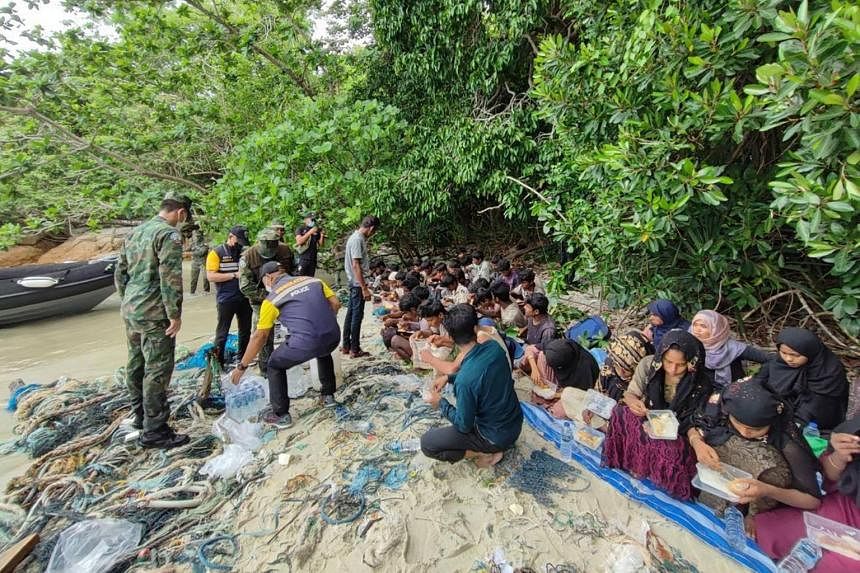 BANGKOK (AFP) – Fifty-nine Rohingya people have been discovered on a Thai island, saying they were abandoned by traffickers en route to Malaysia, a senior police officer said on Sunday (June 5).

The group – among them five children – were found on Koh Dong island in the southern Satun province on Saturday, said lieutenant general Surachet Hakpan.

Police said they had been charged with illegal entry and could face deportation to Myanmar following a court case.

“We are providing humanitarian assistance and will investigate whether they are victims of human trafficking or if they entered illegally,” Lt Gen Surachet said.

The group appeared “starving and was likely to have had no food for three to five days”, a police statement said.

Group members told officers their boat was among three vessels carrying 178 people that had left Myanmar and Bangladesh, having paid an agent around RM5,000 S$1,564) for the journey.

The first two boats carrying 119 people were stopped and arrested by Malaysian authorities, according to the Thai police statement.

The boat’s crew then decided to abandon those onboard on Koh Dong island – telling them that they had reached Malaysia, the group told officers.

The incident comes after the bodies of 14 Rohingya people, including children, were discovered washed up on a beach last month after they attempted to flee Myanmar.

Hundreds of thousands of Rohingya people fled a military crackdown in the nation in 2017, bringing with them harrowing stories of murder, rape and arson.

Those still in Myanmar are widely seen as interlopers from Bangladesh and are largely denied citizenship, many rights and access to healthcare and education.

Muslim-majority Malaysia is a key destination for Rohingya fleeing persecution in Myanmar or refugee camps in Bangladesh.