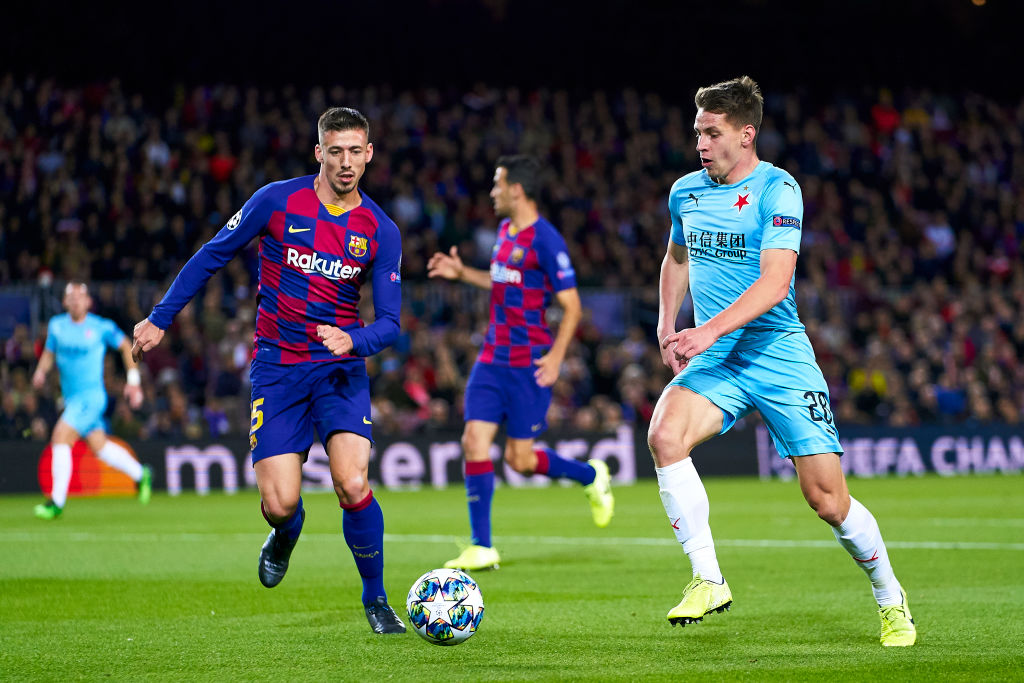 Tottenham are interested in Clement Lenglet just a year after the Barcelona defender rejected the chance to join Spurs on loan.

Tottenham have their first signing of the summer on board having landed Ivan Perisic on a free transfer.

With Fraser Forster likely to join too, Tottenham are moving quickly to try and bolster Antonio Conte’s squad.

A centre back is also a key target for Conte though and Tottenham are being linked with left-footed options.

Ben Davies fared well there under Conte but Tottenham need to have competition for that crucial role in their back three.

Alessandro Bastoni and Josko Gvardiol are two big-money targets but there have also been links to Clement Lenglet.

Reports from SPORT last week suggested that Tottenham had made contact over a deal to sign Barcelona defender Lenglet.

Arsenal, Everton and Newcastle United were also alleged to be seeking a deal for Lenglet this summer.

The former Sevilla man cost Barcelona £32million back in 2018 but may now be offloaded by Barca this summer.

Chelsea defender Andreas Christensen looks set to join Barcelona this summer and that could push Lenglet out.

Barcelona seem open to letting Lenglet leave on loan and he could sick some boxes for Tottenham.

Left-footed and with plenty of Champions League experience under his belt, Lenglet could suit Conte’s approach at Tottenham.

Football London reporter Alasdair Gold has now commented on the Lenglet rumours and seems to support the idea that Tottenham are keen.

Gold even claims that Tottenham tried to sign Lenglet on loan last summer but the defender rejected that move.

Tottenham are back again though, putting Lenglet on their list – even if he’s some way down it compared to Bastoni.

Gold notes that Tottenham think Lenglet is a ‘good character’ and could chase a loan deal once again, this time possibly for two years.

“He turns 27 this month, obviously a bit older than the other players there,” said Gold. “I understand Spurs tried to sign him on loan last summer and that was turned down by the player., the player didn’t want to leave Barcelona at that point.”

“There’s talk because of their financial problems that he’ll be available on a loan deal, potentially a two-year loan deal has been spoken about.”

“[He’s] further down that list, I’d imagine they turn to him if they can’t get Bastoni or anyone above. He is definitely a cheaper alternative. He’s got real experience and I think they see him as quite a good character as well,” he added.

In other news, Arsenal might be about to sign a Manchester City player….and not Gabriel Jesus – our view