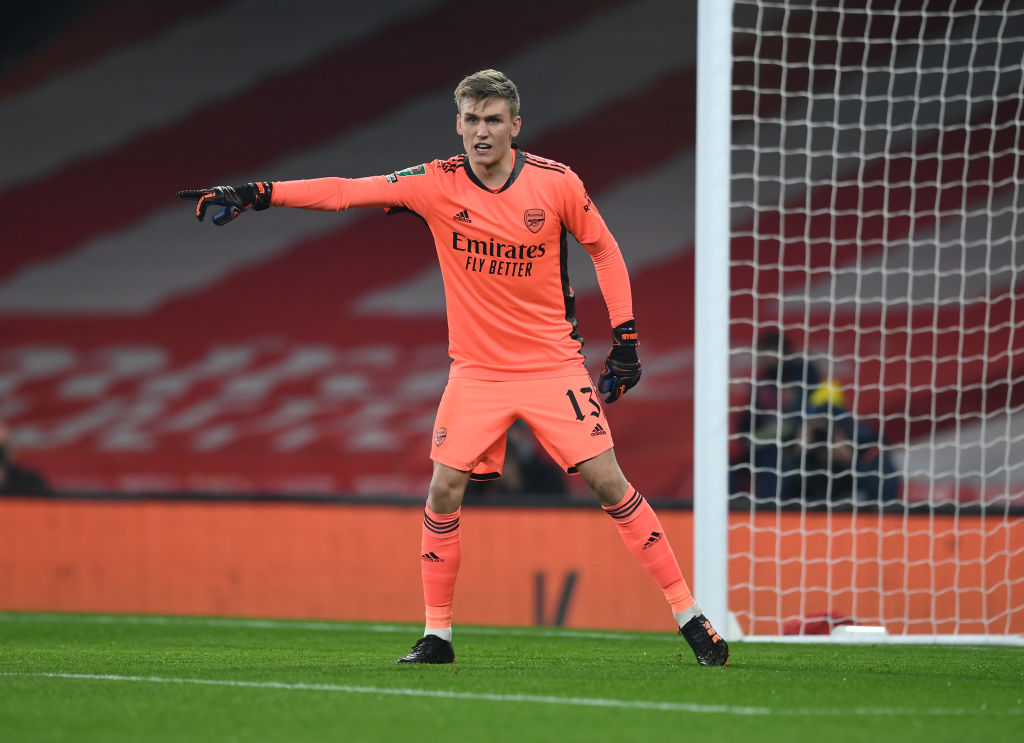 Rúnar Alex Rúnarsson has been speaking to Sport Magazine about his time at Arsenal, and discussed his exit from the Emirates Stadium.

Well, the Gunners signed the 12-cap Iceland international back in September 2020, in a deal worth £1m.

Rúnarsson would act as a deputy for Bernd Leno throughout the 2020/21 campaign, although he had some hairy moments.

The 26-year-old notably dropped the ball into his own net from a tame Riyad Mahrez freekick against Manchester City, in the Carabao Cup quarter-final.

Sadly, the mistake led to him deleting his Twitter account, as many people sent him nasty messages about the unfortunate incident.

Eventually, Mikel Arteta lost faith and spent £30m on Aaron Ramsdale, who has now shoved Leno into the backup role.

As a result, Rúnarsson was loaned to OH Leuven. Speaking about his exit, the shot-stopper said: “Aaron Ramsdale was brought in at Arsenal to compete with Bernd Leno, and they were always honest with me about that.

“It was going to be more difficult, also because there was no European soccer. A loan move turned out to be the best solution.”

When Ramsdale arrived, the writing was on the wall for Rúnarsson – he had no chance of game time, especially with no European football as he states.

There’s having faith in someone, and then there’s just throwing them in at the deep end knowing they’re more likely to drown than swim.

The latter is what happened to Rúnarsson, in our view.

Throughout his career, the glovesman had never played at a high level, with his time at Danish top-flight outfit FC Nordsjælland perhaps his biggest role.

Even then, he conceded 102 goals in 62 games, before going on to keep just seven clean sheets in 45 games for Dijon.

There was absolutely nothing to suggest he could be a Premier League player for a club of Arsenal’s stature, but Edu still arranged a deal following a recommendation from goalkeeping coach Inaki Cana.

Simply put, Arsenal placed Rúnarsson in a horrible position, which wasn’t fair on him in the slightest.

In other news, Agent names the club £34m Liverpool and Tottenham target is joining