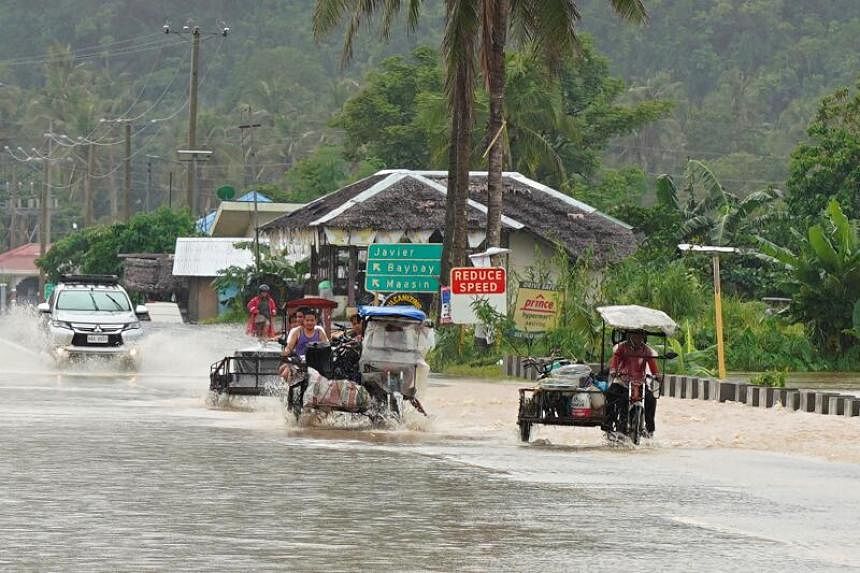 ABUYONG (AFP) – At least 24 people have been killed in landslides and flooding across central and southern Philippines, authorities said Monday (April 11), after tropical storm Megi dumped heavy rain and disrupted travel ahead of the Easter holidays.

More than 13,000 people fled to emergency shelters as the storm pounded the region Sunday, the national disaster agency said, flooding houses, inundating fields, cutting off roads and knocking out power.

Photos posted on Facebook and verified by AFP show several houses buried in mud up to the rooftops in Bunga, one of the affected villages in Leyte.

“Yesterday the rain was so hard, it was non-stop for more than 24 hours,” resident Hannah Cala Vitangcol told AFP.

The 26-year-old teacher fled with her family to a hotel Monday after waking to find nearby homes had been covered in an avalanche of mud.

“I was crying because I know the people buried there and I was also scared because there were mountains behind our house,” she said.

“It seems like the entire community… was badly hit by the landslide and the riverflow,” he said.

Unlu-cay said he feared the death toll could rise after receiving reports that other villages had also been inundated by the waves of earth and mud.

Philippine Coast Guard and police personnel rescued people from their homes in the flooded town of Abuyog, carrying residents onto orange stretchers laid on floating boats.